A project by: Lee Petrie

Facade is a fictional tale grounded in the reality of 'real world' casting couch culture, manipulation by authority figures and the 'MeToo' movement. Unfortunately, sex crimes have become something of a normality within the industry, and the felons responsible are most commonly men of high power and influence, abusing their positions to commit hideous crimes against both men and women - the majority of crimes being rape and sexual assault, cunningly secreted across the years through the use of hush money and threats. In recent years, these crimes have been pushed to the forefront of media attention and amongst industry workers,  'rumour' has become reality. Now famous figures, of whom we may have once admired and adored, are at the epicentre of media trials - their crimes and misfortunes revealed. But what makes these people tick? Has the materialism of fame reached a sudden point of complete degeneration? Most importantly, how many are guilty of these crimes and will they ever be brought to justice?

Stage director Robert Raines finds his background of lies and controversy brought to the surface. We shift back in time to see the turbulent events leading up to an expository interview with the maestro, where his prolific activities are revealed, whilst following those around him - family, colleagues and victims. With his barrier of protection broken, truth will out. But in a world dependent on idols, how do we define reality from fiction? 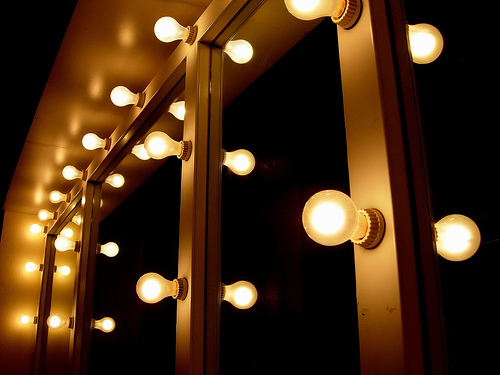 This film charters the downfall of a fictional celebrity, derived from the attitudes, personalities and crimes of several prominent faces involved in the Time's Up and MeToo movements. Whilst Robert Raines is a sole individual in himself, he mirrors the same antagonistic traits as those of Harvey Weinstein, Kevin Spacey and many more. Something the director wants to play particular focus upon is the offender's personal life, in particular his marriage - allowing the audience to consider the way's in which Robert has covered up his crimes and the impact it has on his family life, as well as his reputation as a renowned "artiste extraordinaire". Influenced by the societal reformation of 'MeToo', this film is an investigation into Robert, highlighting the ways in which the media assists and, in some ways hinders the progression of his case in an unceasing quest for validity and justice.

Robert Raines (40s) - A prominent, talented theatre director. Obsessed with the pursuit of fame and beauty, Robert cares little for what he'd call the "mundane" feelings of those around him and more for his own personal triumphs. His talent and influence gives him the power to manipulate those around him, particularly the young and naive.

Nina Raines (Early 30s) - Robert's wife and a famed screen actress. The relationship between husband and wife is torn, with a deep rift growing between them. Whilst Nina wishes to try and fix her marriage, Robert if far more interested in other things. It's very clear to Nina that her husband is not a good man, and she's aware that there is a dark secret he's harbouring.

Sophie Meredith (Mid 20s) - Lead actress of Robert's play and his mistress. An up and coming star who is infatuated with Robert, but mindful of the ways in which his reputation shall boost her career. At the best and worst of times, Sophie is a pretentious prima donna figure and incredibly jealous of Nina.

Felicity Griggs (20s) - A young understudy who has been sexually abused by Robert on several occassions. Her actions in the film are a catalyst for Robert's inevitable downfall. Fliss is but one of many potential victims that Robert has preyed upon.

The sentient voice of investigation, digging her nails into Robert's dark past and unearthing the disturbing secrets that it holds. A Paxman/Frost figure, committed to seeking the truth. 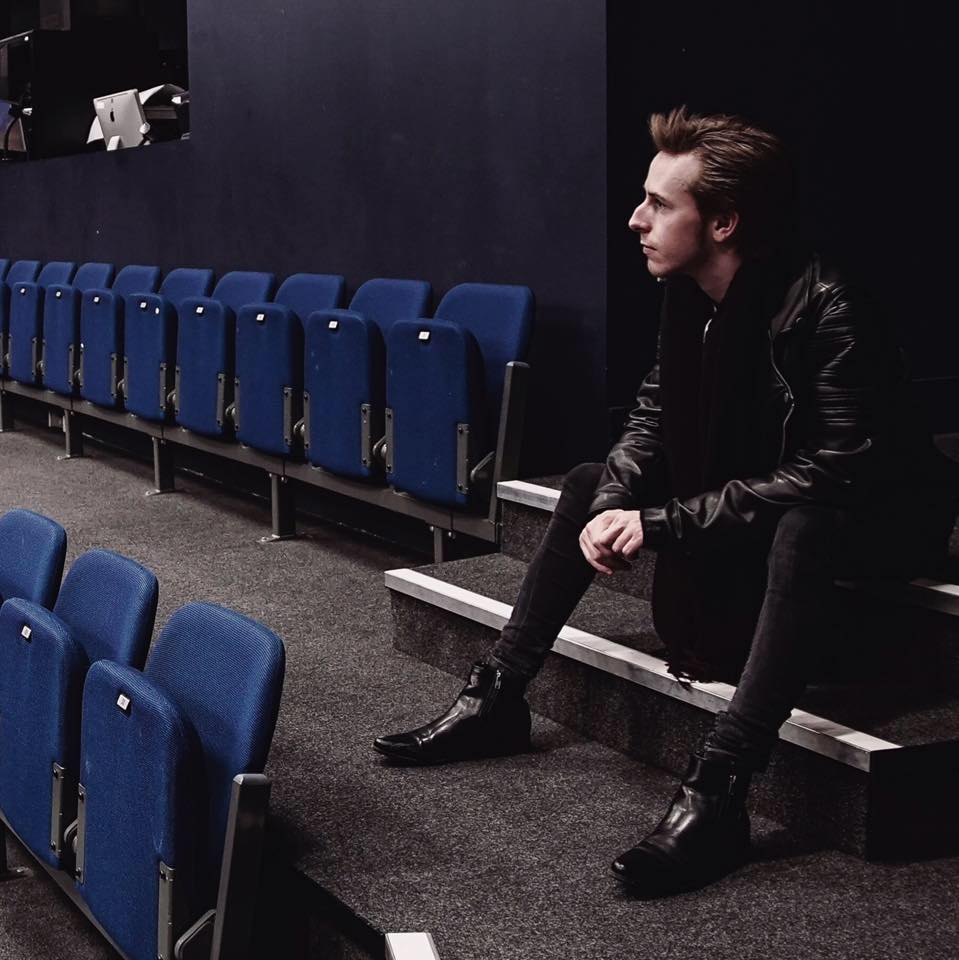 As the creative lead of this project, Will is no stranger to delving into the dark, mysterious and wonderful stories that stir an audience's imagination. With this project, his most ambitious yet, Will wishes to launch debates and get people talking about the sensitive issues of sexual misconduct within the arts. He believes that on this occasion, by making a film that puts the offender in the spotlight, we can gain insight into what drives these people to commit such heinous crimes and become aware of the misconduct that may be going on around us. 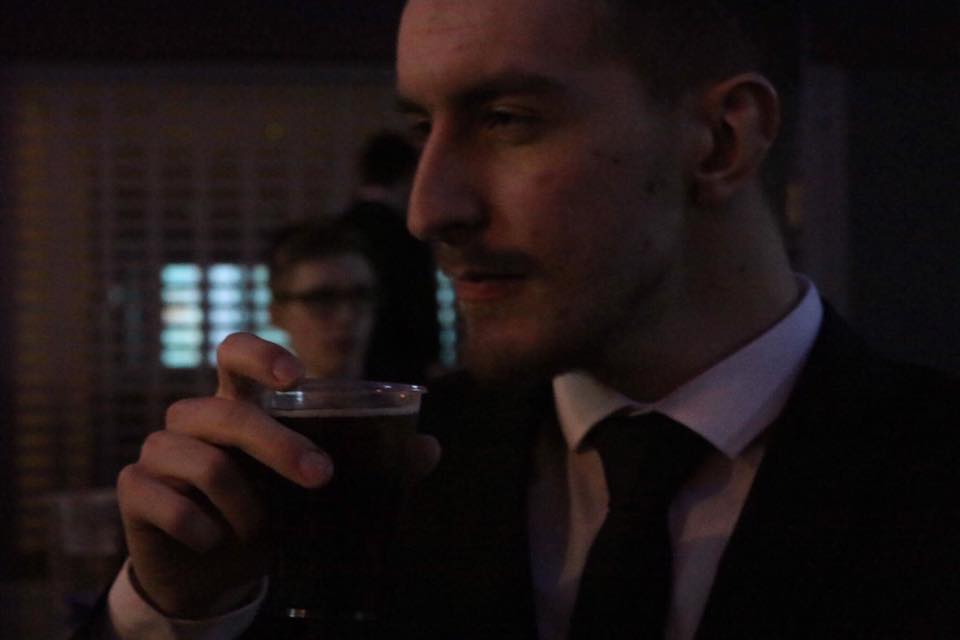 Lee's previous credits include the LGBT+ drama 'Baby Blue', which follows the breakdown of a couple's relationship, and the post apocalyptic thriller 'Sandcastle', which shows the total isolation of one man at the end of everything. 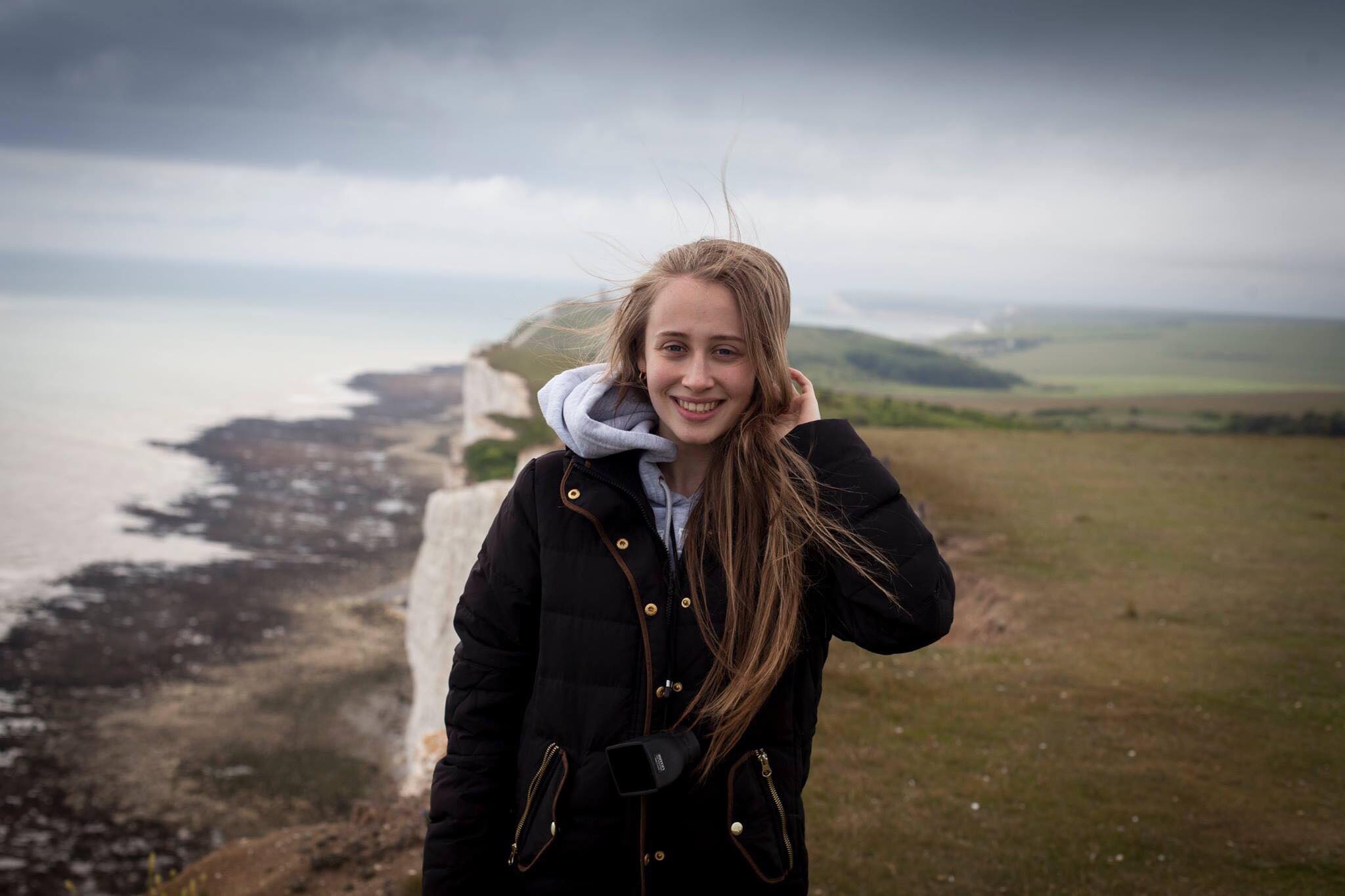 Anna has spectacular talent and passion for the work she takes on. Her keen eye for visuals has granted her acclaim for past work, including the dark comedy 'Nobody Nose' and the viscerally stunning 'Scotland's Blink'. 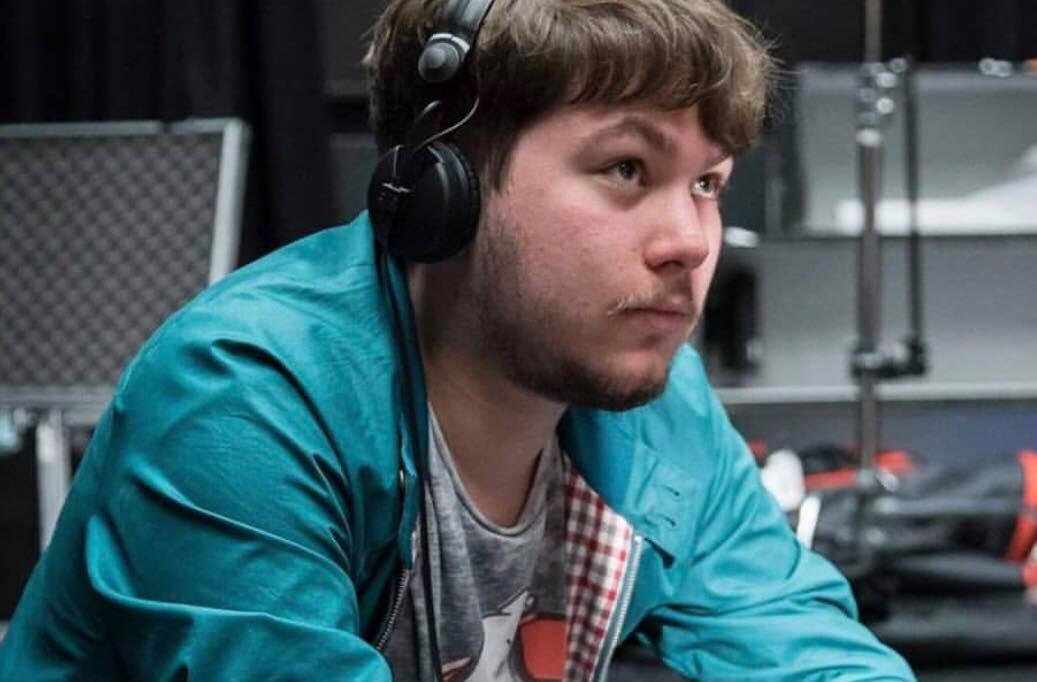 With several roles under his belt, Robert has gained a reputation as a vigerously hard worker. His attention to detail is something to admire, and just goes to show in previous films. Most recently, he has written the screenplay for absurd dark comedy 'Life Afterlife'. 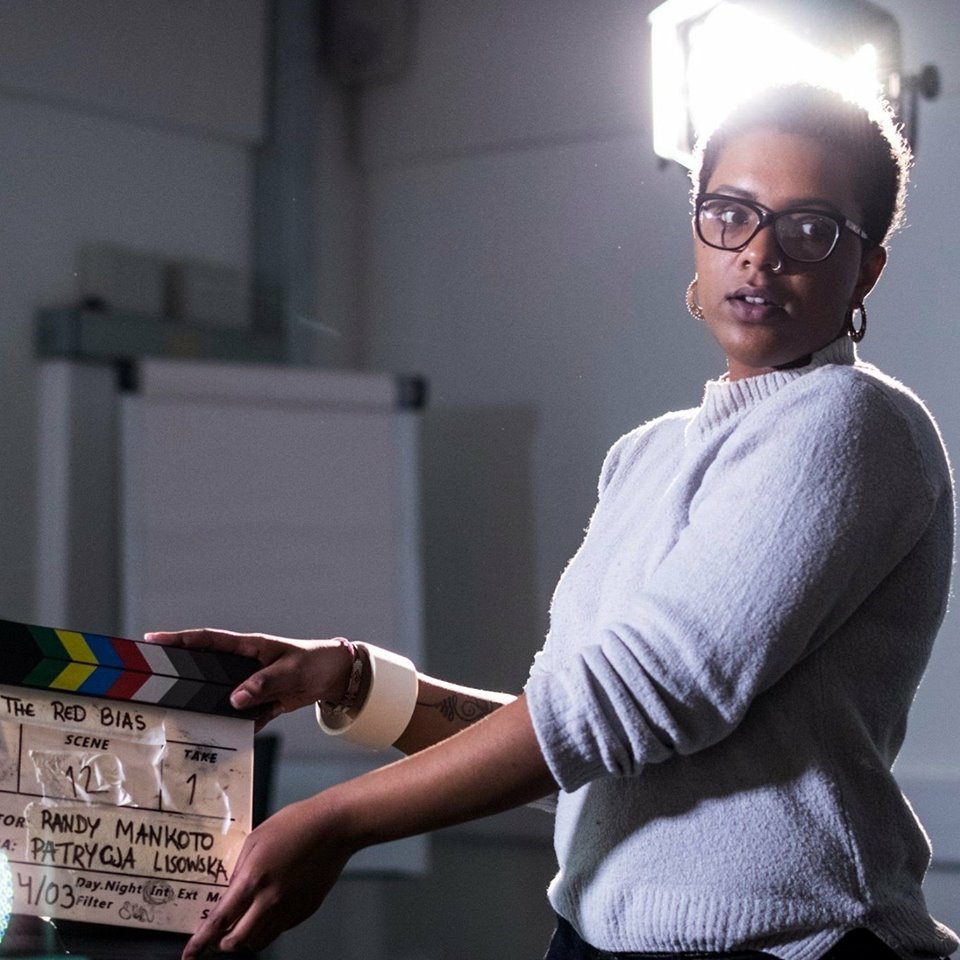 As gifted in management as she is in creative design, Sara has come on board with a bold vision for the film's art direction, displaying the beguiling nature of fame merged with the hideously dark nature of those abusing it to their own ends. Working closely with the director, Sara has many plans for the visual tone of Facade and is looking forward to bringing these ideas to life!

What will the funds go towards? 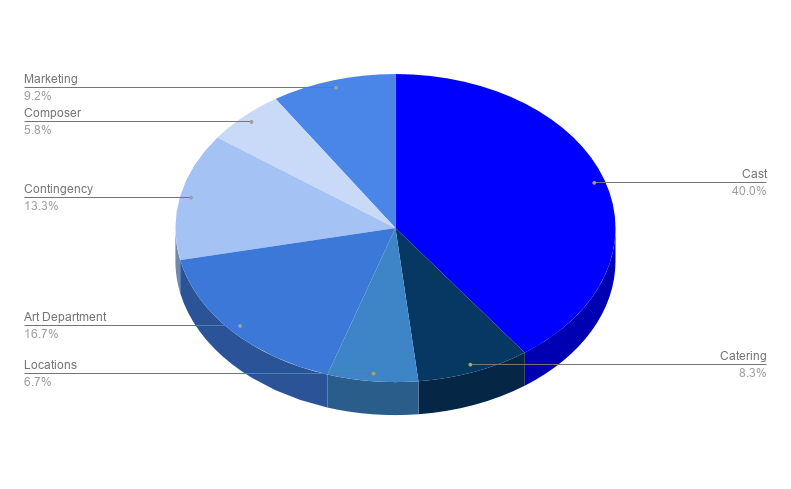 What does making this film mean to us?

For us, making this film is a matter of giving people a voice. With a problem that is really affecting our work industry, it is important that we show these problems on screen to highlight the monstrous capabilities of some people within this field and make us more vigilent and aware of the abuse and misconduct that may be happening around us.

Where to find us?

The main platforms to stay up to date with the production:

Help us spread the word!

We need as much help as possible in order for us to make this film so it would be greatly appreciated if you could share this with your friends/family and online.

By helping us promote the project, the greater chance we have of bringing Facade to life.

Thank you for your time!

Facade
Your message has been sent.