A project by: Nikoleta Slezakova

This project received pledges on Thu 14 Feb 2019
Follow Become a helper
A short documentary about bringing laughter to the places where it is needed the most.

Hello, my name is Nikoleta Slezakova and I am working alongside 'Clowns Without Borders' as the producer/director of a documentary about bringing laughter to children at refugee camps who have been affected by war and disaster.

To make this documentary happen, I am also working with other third year BA Film students at Middlesex University and this project is our final year dissertation film.

the idea behind our documentary

Have you ever thought how different your life would be if you were born somewhere else? What would happen if your country was in a civil war? How would it feel to constantly live in a fear?

The United Nations listed the refugee crisis as one of their top 20 most important current global issues. Many people are living in places where freedom is a privilege and not a right. This is leading to a growing number of refugees globally. Despite this, few people are helping them manage the impact that having to flee their homes has had on their wellbeing. 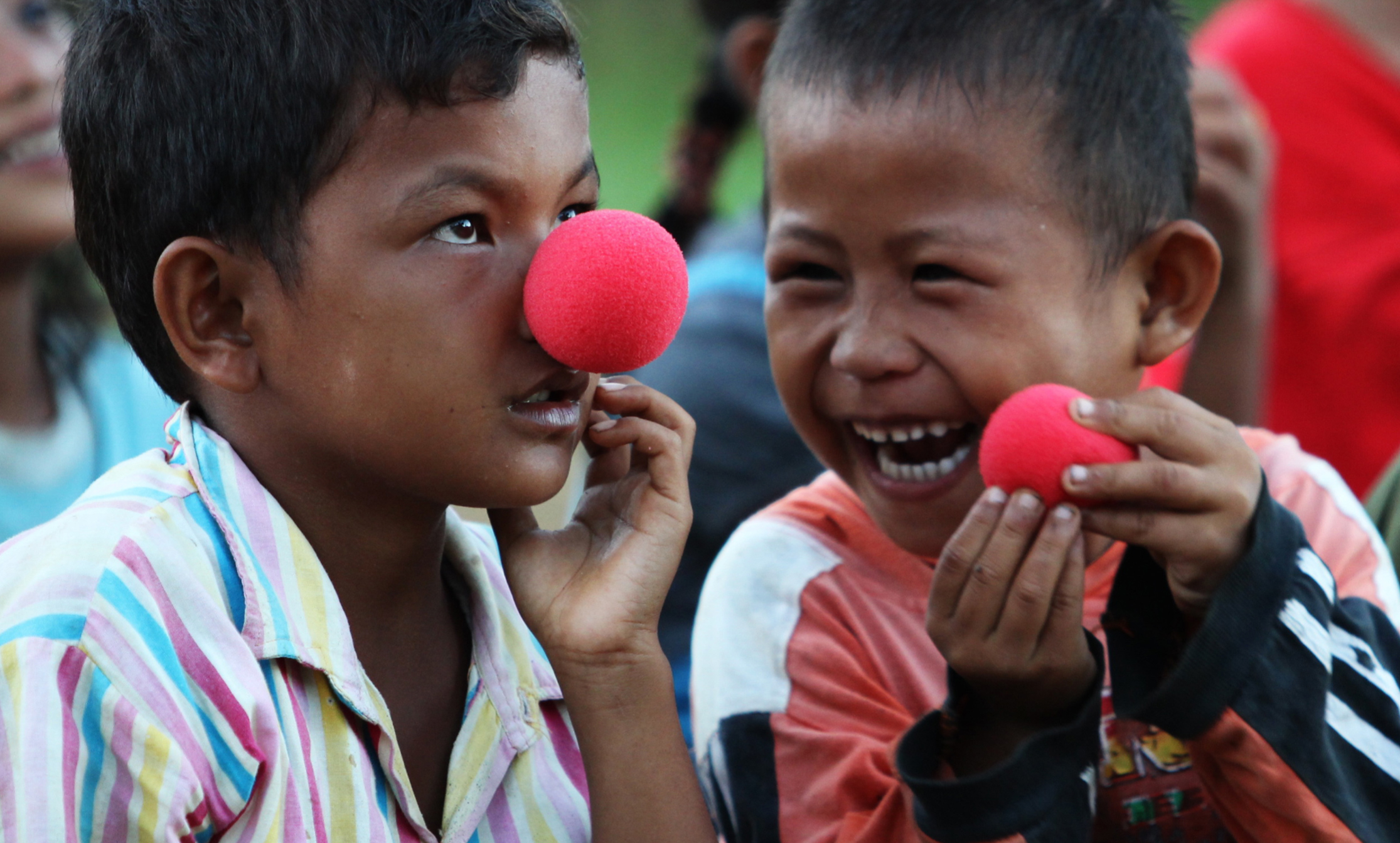 I recently met Paul Gomez, Founder of the Swiss Chapter of Clowns Without Borders, an organisation that specialises in enabling professional clowns, street performers, musicians and actors to visit conflict zones, refugee camps and temporary shelters.

Their philosophy is that each child deserves to laugh. The performers they work with travel the world and put on shows for people, especially children, who have been forced to leave their homes because their safety or freedom has been threatened by generalised violence or internal conflicts such as civil war.

The Plan of action

After talking with these incredible people, Katerina (our Cinematographer) and I decided to join Clowns Without Borders on one of their next trips to make a documentary. They are currently planning trips to Bangladesh, Morocco and Venezuela around February/March 2019 and they would like to take us with them.

The focus of our documentary will be on the unique relationship between a performer and children. At the same time, we want our documentary to show that refugee camps are not about numbers, these are people with stories to tell.

It takes a lot of courage to leave your life behind and volunteer somewhere like a refugee camp for several weeks in order to make children without a home smile. However, creating a place where they can forget what is happening around them for a while is incredibly beneficial to their wellbeing.

For us personally, we know that being in a refugee camp will be difficult emotionally but we believe that it is a life-changing experience and both Kate and I are glad to have a chance to be a part of it. 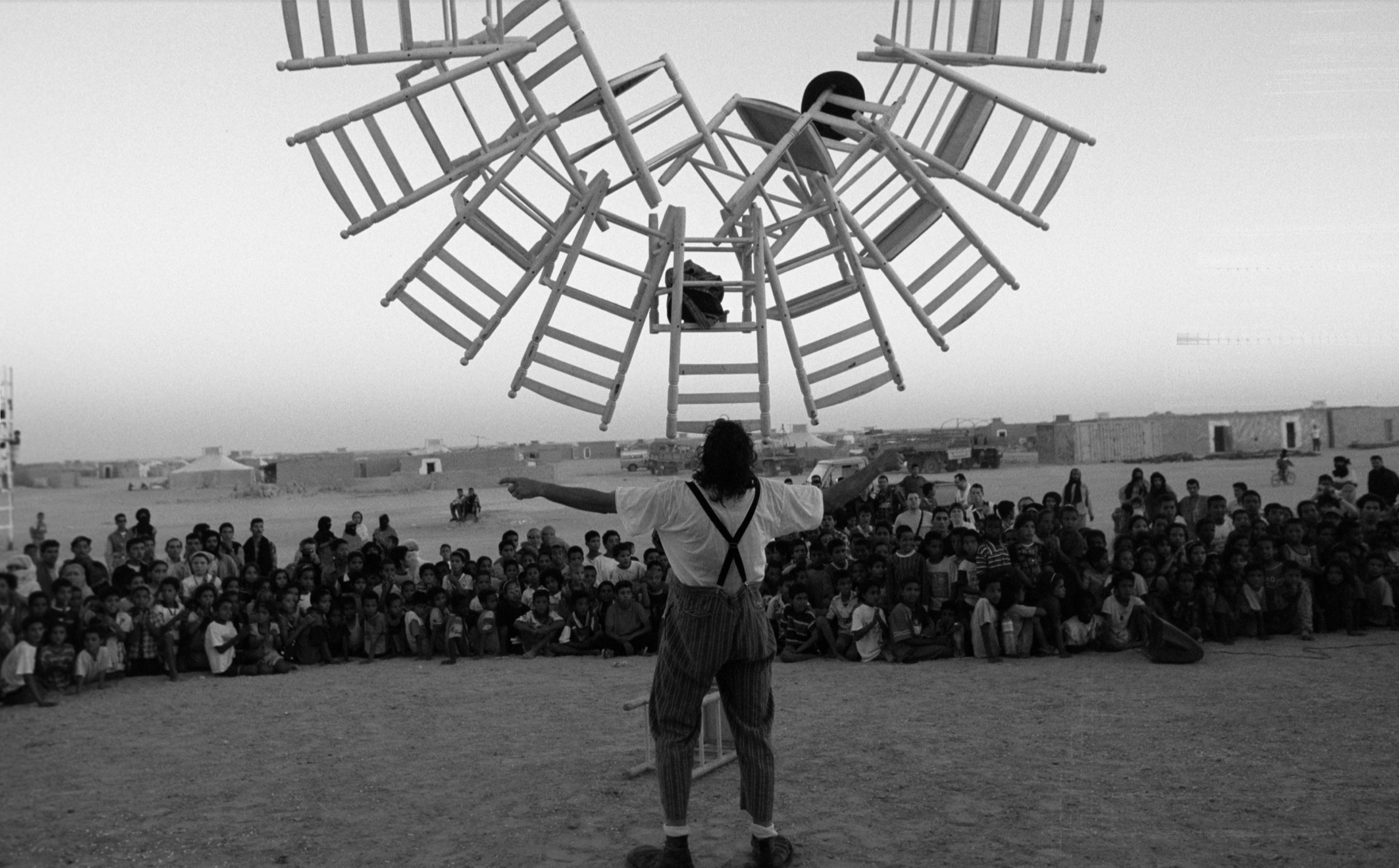 The main team working on our production are:

Nikoleta (producer/director) and Katerina (cinematographer) have worked together on every project since their first year of university so have an extremely strong working relationship. The entire crew has also worked together on previous projects, so we know we all have good professional chemistry and work well as a team.

Our minimum target is £1,200, which will allow us to make our film happen as it will cover the cost of our flights (and possibly some of the expenses we have during our trip) but hitting our stretch goal of £2,700 will impact which destination we can travel to with the Clowns Without Borders team, the length of our trip, the type of insurance we can get, distribution and marketing for the film, and our ability to plan for any unforeseen circumstances. Our stretch goal breaks down as follows: 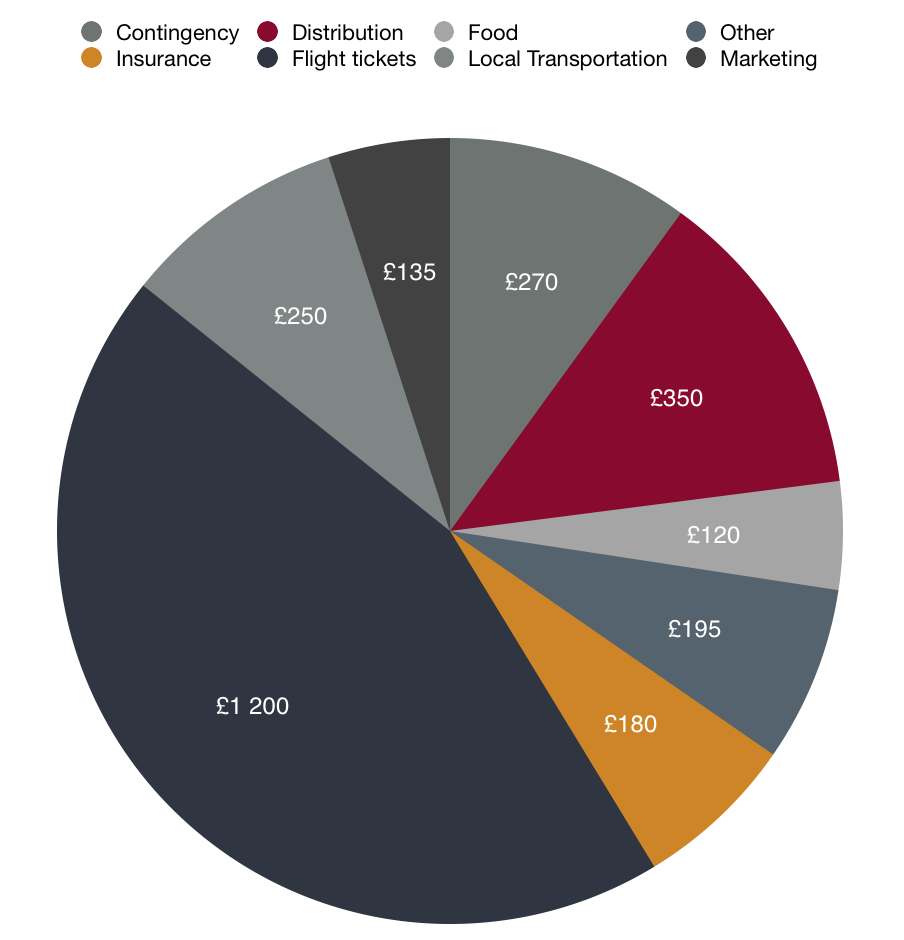 Traveling abroad creates a lot of additional risks. Both Kate and I have to have a good insurance - not only for us, but also for our equipment.

The situation in refugee camps and conflict zones is constantly changing. To make sure we will be safe, we do not have a lot of time to plan certain things in advance. Buying flight tickets last minute to destinations such as Venezuela or Bangladesh can be very expensive so we have to allow up to £600 per person for a flight ticket.

As we are going to be in a camp for the whole day every day, we will not be able to cook. This means we will have to buy already prepared meals. We will also need to make sure we drink enough water, which for health reasons has to be bottled.

The plan is to enter our film into short film festivals and competitions. The themes and issues covered in our documentary will allow us to reach a wider audience and to distribute our film globally. We would like to try entering several film festivals, such as Hot Docs in Canada, Sheffield Doc/Fest in the UK, or Karlovy Vary International Film Festival in the Czech Republic.

We estimate that our distribution costs will come to £350. If we go over our target, we will be able to enter our film into a greater number of festivals, providing more awareness and recognition.

Our other expenses include medication, visa and baggage fees, the cost of a foreign SIM card, batteries for certain equipment, gaffer tape and coffee for long nights while editing our documentary in post-production.

When travelling to an unknown place, it is important to plan for unexpected situations. Our safety is our priority so we have decided to add around 10% of the production cost to our budget as a contingency fund - just in case anything goes wrong.

If it is not used in pre-production or during filming, then it will be used to buy an additional hard drive to secure our footage and will also be added to our distribution budget.

There are a variety of rewards on offer, depending on the level of your donation. In return for your help, we offer anything from a thank you note on our social media to an ‘Executive Producer’ credit.

We are also open to different types of sponsorship and can offer you a range of promotional opportunities on social media, in our film credits and as a result of our entry into film festivals around the world. We would welcome the opportunity to speak about how we could work together on any sponsorship package.

Where to find us

Follow us on our journey of bringing laughter to the places where it is needed the most:

help in other ways

If you can't personally donate, you can still contribute by sharing our campaign with anyone who you think would support us. Thank you!

Clowns Without Borders
Your message has been sent.