A project by: Wolf Balance Productions

Three outsiders take their roosters to an underground cockfighting ring, hoping to win big. But when their cocks refuse to fight, the frenzied crowd flies into a rage. The cockmaster, king of this blood sport, decrees that the outsiders fight in place of the roosters. They face a choice: put on a grisly show for the audience, or face public execution.

People seek entertainment to escape many things, but not violence. Not cruel torture, bloody execution or gruesome vengeance. Stories are full of bloodshed, which we not only expect but often desire. This film will explore how audiences - on both sides of the screen - react when that desire is aroused and frustrated by turn. Enter the Cockpit.

Cockfighting is a blood sport where roosters battle to the death for human enjoyment. Outlawed in England in 1835 but never fully eradicated, it thrived in the Edwardian underworld, where the film is set. Of course, no cocks will be harmed in the making of this film: the premise is that they refuse to fight, enraging the spectators.

We will create the disreputable atmosphere using shadowy lighting and period production design. The bloodlust of the characters will be animated by slow-motion set pieces and dynamic transitions. And handheld POV cameras will make the viewer feel part of the crowd - an immersion which for our concept is crucial. 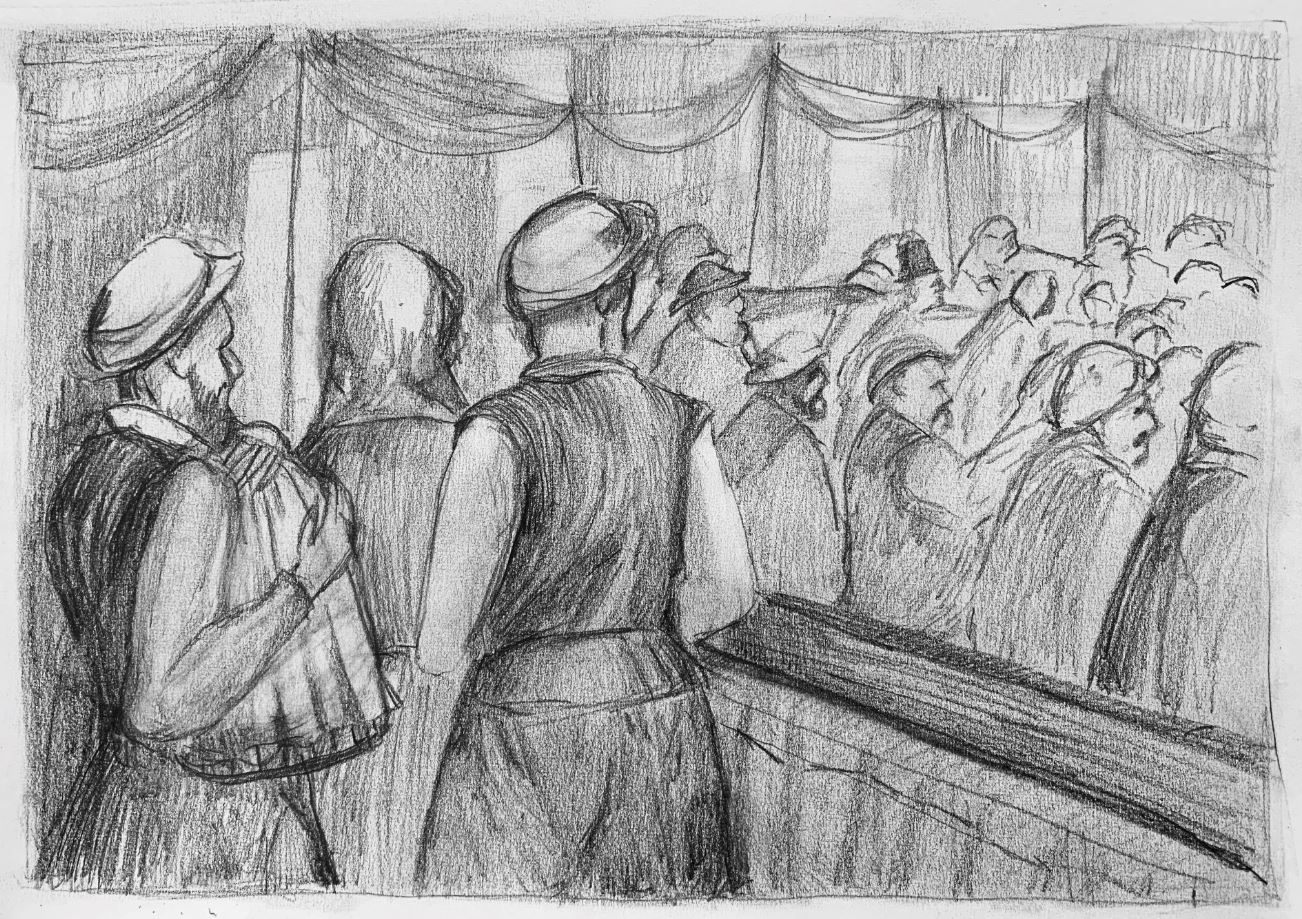 Cockfighting is a particularly vicious instance of animal cruelty, and perhaps it should be no laughing matter. All the same, this film will be funny. We’ll use comedy to lampoon and satirise the crowd - not to make light of the violence. A delicate balancing act, but one which will allow the film not only to make a powerful statement on our disturbed attitude to violence, but also to be first-class entertainment in its own right.

As well as making you laugh and showing you a good time, we aim to raise awareness about animal cruelty around the world. We hope to showcase the film in multiple film festivals and explain our true purpose for making this film in the Q&A's. In the UK alone: There are more than 1 million animal cruelty cases but only 10% of the cases are solved. This is because of the weak protections laws, only the most shocking cases are reported, and few are ever prosecuted.

Every 60 seconds, one animal suffers abuse.

The animals whose abuse is most often reported are dogs, cats, horses and livestock.

In the US: Dogfighting, cockfighting and other forms of organised animal cruelty go hand in hand with other crimes, and continues in many areas of the United States due to public corruption.

Every year, more than 10 million animals die from abuse.

The HSUS documented uniformed police officers at a cockfighting pit in Kentucky.

About 97% of all abused and killed animals yearly are farm animals.

The U.S. Drug Enforcement Agency has prosecuted multiple cases where drug cartels were running narcotics through cockfighting and dogfighting operations.

Dozens of homicides have occurred at cockfights and dogfights.

A California man was killed in a disagreement about a $10 cockfight bet. 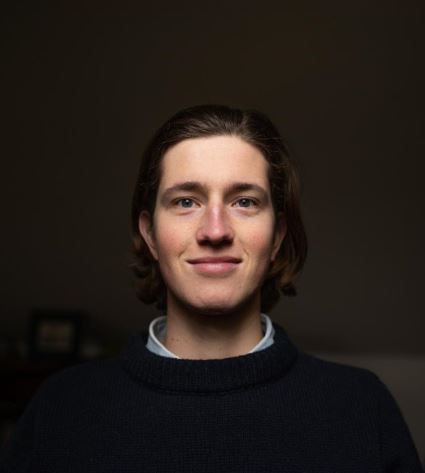 My film journey started at university, where I made a questionable film about a superhero called ‘Flaming Unicorn’. After graduating, I shot documentaries in Barcelona, London, Lesvos and Berlin, focusing on refugee camps and community integration. I want to tell visual and stylised stories about eccentric characters in extreme states of mind. My biggest production, about to finish post-production and enter festivals, features a 6ft 8in demon from the Daoist Hell of Ninefold Darkness. ‘Cockpit’ might just be the strangest thing you treat yourself to this year: a powerful statement on the relationship between violence and entertainment - and one hell of a hoot to boot.” 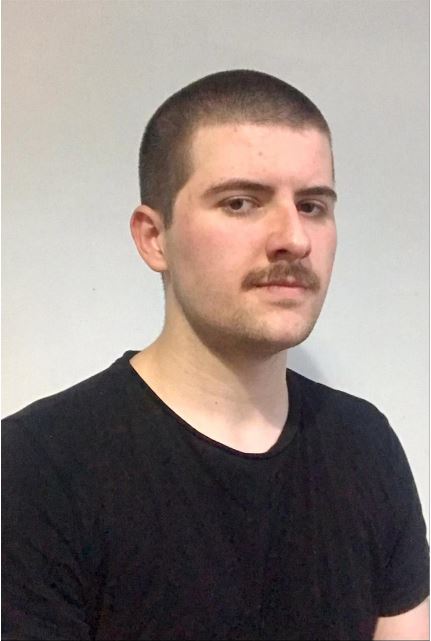 I started writing films years ago because nobody was making the movies I wanted to see. Since then I’ve continuously challenged myself with concepts that are out of my depth and this film is no exception. ‘Cockpit’ is the most ambitious script I’ve ever written and I’m excited for everyone to see it. ‘Cockpit’ is the biggest project I’ve ever worked on and the team are working hard to make it something special. I always had a strong passion for film, this passion led me to create Wolf Balance Productions and The Last Howl Film Festival. Being a Middlesex University Student, I have had the chance to work on various projects including my most recent - 'Wish You Were Gone', which is currently circulating through film festivals and winning awards. Creating a film is a true challenge and an adventure that as a filmmaker, definitely needs to be recognised. 'Cockpit' is definitely one of the most ambitious short films I have worked on and I can't wait to make it. I started making films when I was eleven years old. I mainly work as a writer/director, so working as the Director of Photography is a new challenge for me. But collaborating with Xan to realise his vision has been immensely fun, and I love having the chance to create these bizarre visuals. 'Cockpit' is exactly the sort of mad short that I'm craving to make at this point in my career - with oodles of style, laughs, and depth. I've loved working with our talented team so far, and can't wait to make this dream a reality in August. 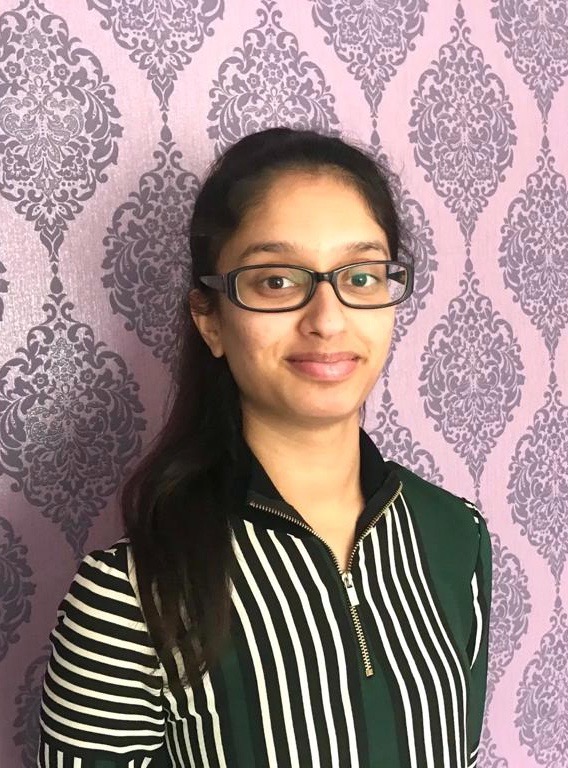 We are aiming to produce a festival-winning short. We believe we can accomplish this with the strength of the screenplay, the talent of our team, our carefully planned film festival run and most importantly - YOUR SUPPORT!

Where your money will go

We have everything we need to start filming this very ambitious film but all of our existing budget needs to go towards finishing the project, leaving nothing for festival submissions. This is where we hope you will come in.... We need your support so we can enter the finished film into festivals.

We are aiming to submit the film to over 50 festivals across the world including Academy Award Qualifying festivals, but submitting a film costs money! The filming will take place in August and we will distribute it in November 2021.

With your donations, you can help us to raise awareness about animal cruelty by enabling us to having the film shown in as many cinemas as possible.

Here is an example of a past example of film festival distribution strategy: 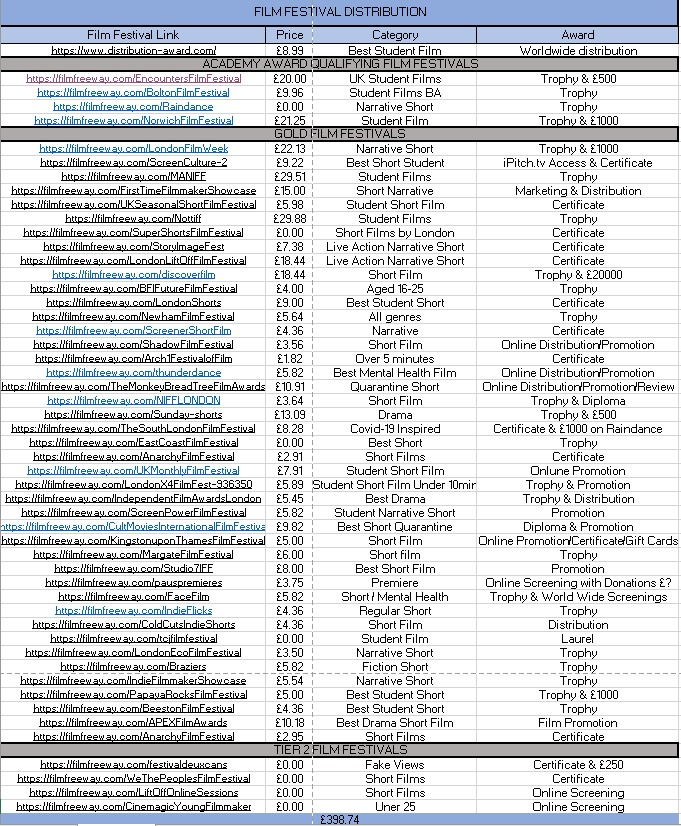 ALL OF OUR PAST FILMS AT WOLF BALANCE PRODUCTIONS HAVE BEEN SCREENED AT CINEMAS AND WON AWARDS!!! We strongly value your support and want to make sure we give back to you! In exchange for your support, we have a wide selection of perks available. We are eager to involve everyone interested in the film and really make this a collaborative process with you! Any contributions will go a long way!

Find out more about what rewards you could get depending on your level of support on the right side of our crowdfunding page. The rewards go all the way from a personalised thank you email to getting tickets for our premiere and meeting the team on set. There is even the opportunity to celebrate the making of 'Cockpit' by coming with us to a red carpet event and/or seeing your name on the big screen!

Q: What will this film achieve and what purpose will it serve?

A: With the closure of cinemas and theatres, the arts have paid a substantial price and the pandemic has made it difficult to collaborate and network. Yet despite the odds, we have created a film concept and are finalising shooting dates in order to create an ambitious piece of work. Our project has and will continue to bring actors, writers and filmmakers from across the country so, in a small way, we will be playing our part in creating a network of up-and-coming creative talent, which is particularly important for those early on in their film careers (whether this be in front of or behind the camera). We also believe the film's messages around animal cruelty are important  as we all need to continue to shine a spotlight on animal cruelty and the various forms this takes.

Q: As this is a film about cockfighting, how are you ensuring transparency and care with regards to animal welfare?

A: While this show takes place at a cockfight, no animals are shown to actually fight. Moreover, we have hired the cockerels from a sustainable farm where the animals are well cared for. The cockerels' minders will also be on set.

Q: What film festivals will you apply to?

Q: Who would enjoy this film?

A: Anyone with a dark sense of humour or anyone who likes an ironic twist. The show is filled with zany characters who are walking contradictions that undermine authoritative figures and structures - e.g., an (alcoholic) priest dancing around in a place of sin or the elegant and pretentious Mrs Cockcroft (no pun intended) who uses her posh accent to rile the animals into killing one another.

Q: What examples of other films/shows is the film similar to?

A: The show is based in 1920’s London in an area inhabited by the lowest of the low, the scum of the town (think of the dirty streets in Peaky Blinders season one).

If you would like to find out more, you can email us at: AndresOP@wolfbalanceproductions.com.

Thank you for any support you can give! Cockpit
Your message has been sent.