A project by: Ivan Loboda

we are goat theatre 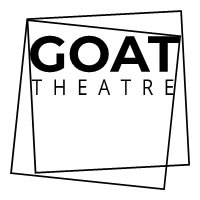 Goat Theatre was established in 2018 in London by seven international artists from five different European countries – UK, Slovenia, Sweden, Spain and Portugal. In 2019 Goat Theatre is making its Edinburgh Festival Fringe debut with a re-imagined, contemporised, deconstructed and reconstructed classic, a medieval tale of morality Everyman. 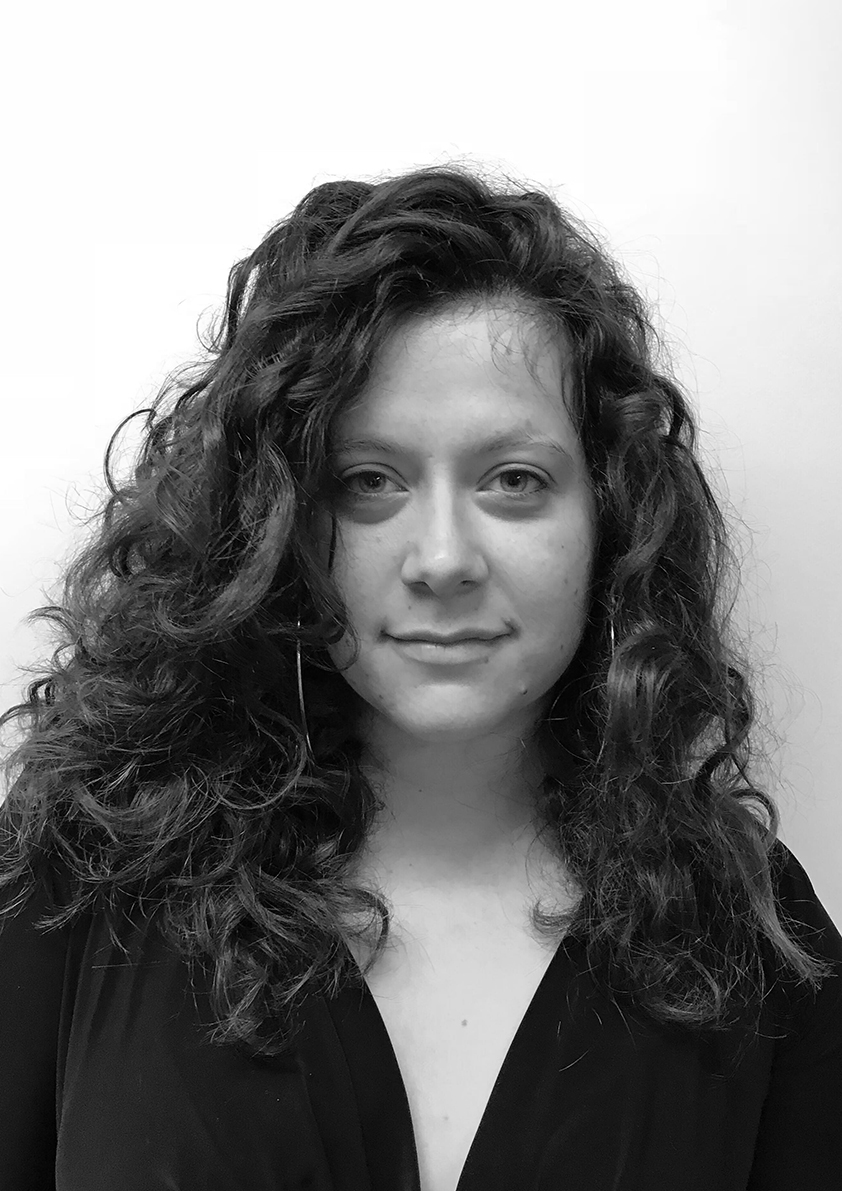 Amada Piedra is a Spanish actress, set and costume designer based in London. She studied Acting at the Centre for Theatre Research La Manada, in Madrid and took various courses in Fencing and Dramaturgy. She is currently in her last year of Theatre Arts (Design and Technical Theatre) at Middlesex University where she has been the costume designer and maker for Israel Horovitz’s Rats, Alfred Jarry’s King Ubu, and Reginald Rose's 12 Angry Men. She has collaborated with The Out of Work Collective and Talawa Company in London and also performed in theatres such as Teatros Luchana, Teatro Tribueñe and Sala Kubik in Madrid. 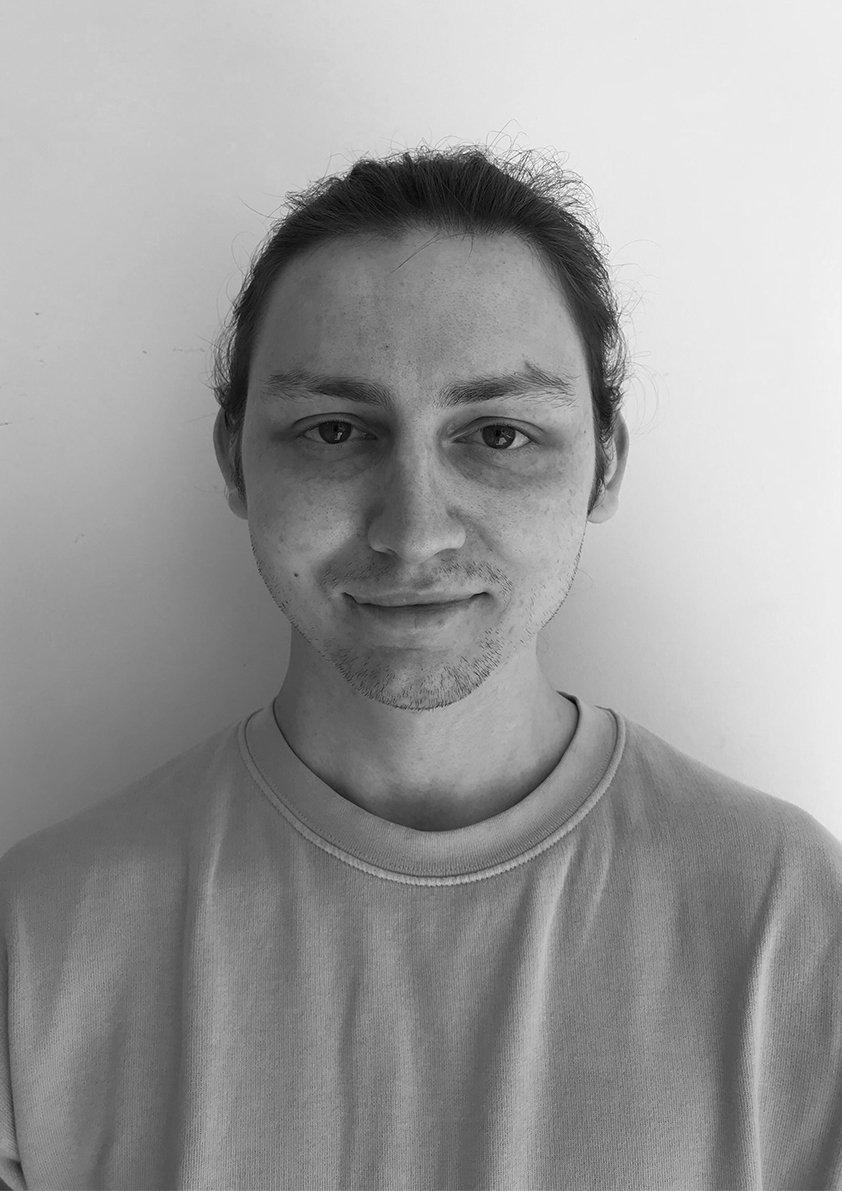 Bill Messer is a British theatre director, collaborator and scenographer. He has spent the past three years developing as a creative, flexible and critical practitioner while studying on Middlesex University London's BA Theatre Arts course. He strives for his work to be stylised and innovative and has ambitions to tour his work across the UK and Europe. William works within Goat Theatre, a London based Theatre Company. He has worked on various productions during his training, adapting the work of Beckett, Ionesco and Sartre along the way. 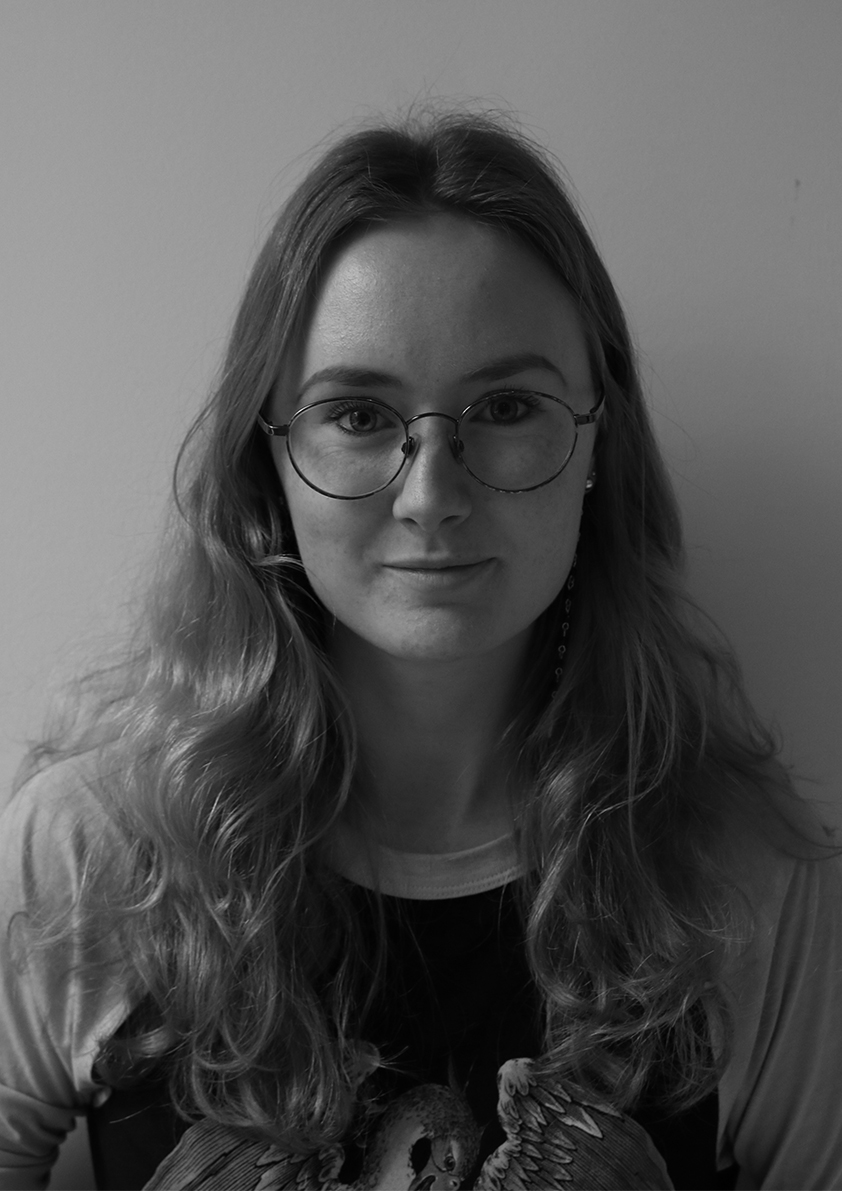 Emma Ottosson is a Swedish stage manager based in London. She is currently in her final year of studying stage management on the Theatre Arts programme at Middlesex University. Previously she studied aesthetics and specialised in art, woodwork and fashion design. Through her studies at Middlesex University she has developed an interest in production management and has a knack for video editing. Past productions she has worked on include Pies Tomorrow by Matthew Bond and Ian Farnell, King Ubu by Alfred Jarry, Rats by Israel Horowitz, and Come and Go by Samuel Beckett. 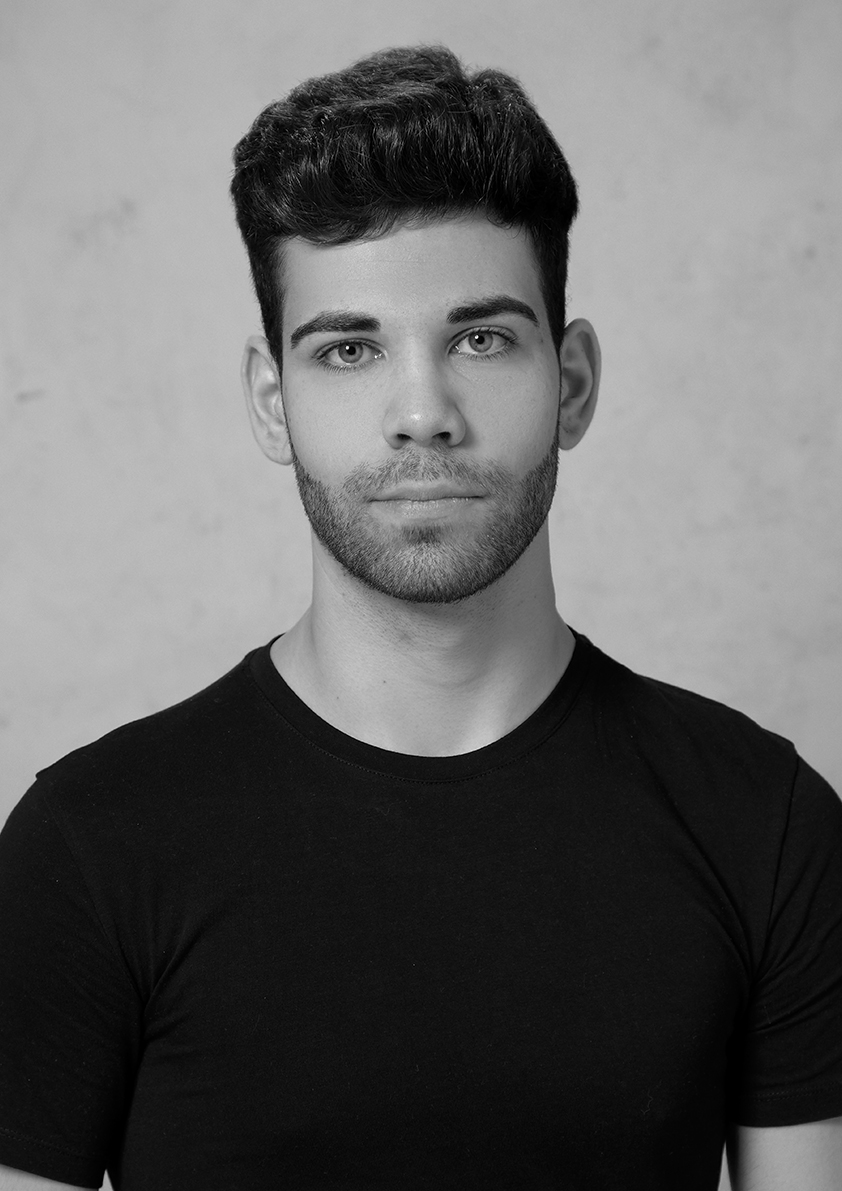 Bryan Carvalho is a Portuguese actor and solo performer based in London. He is currently training as an actor at Middlesex University and is interested in physical approaches to Theatre, as well as Musical Theatre. He has gained skills in stage combat (BADC Standard Level) as well as singing and has a particular interest in Grotowski's training method. Past productions include Homophobia at Theatre 503, A Murmuration of Starlings at the Arcola Theatre and adaptations of King Ubu, The New Trial and 12 Angry Men. 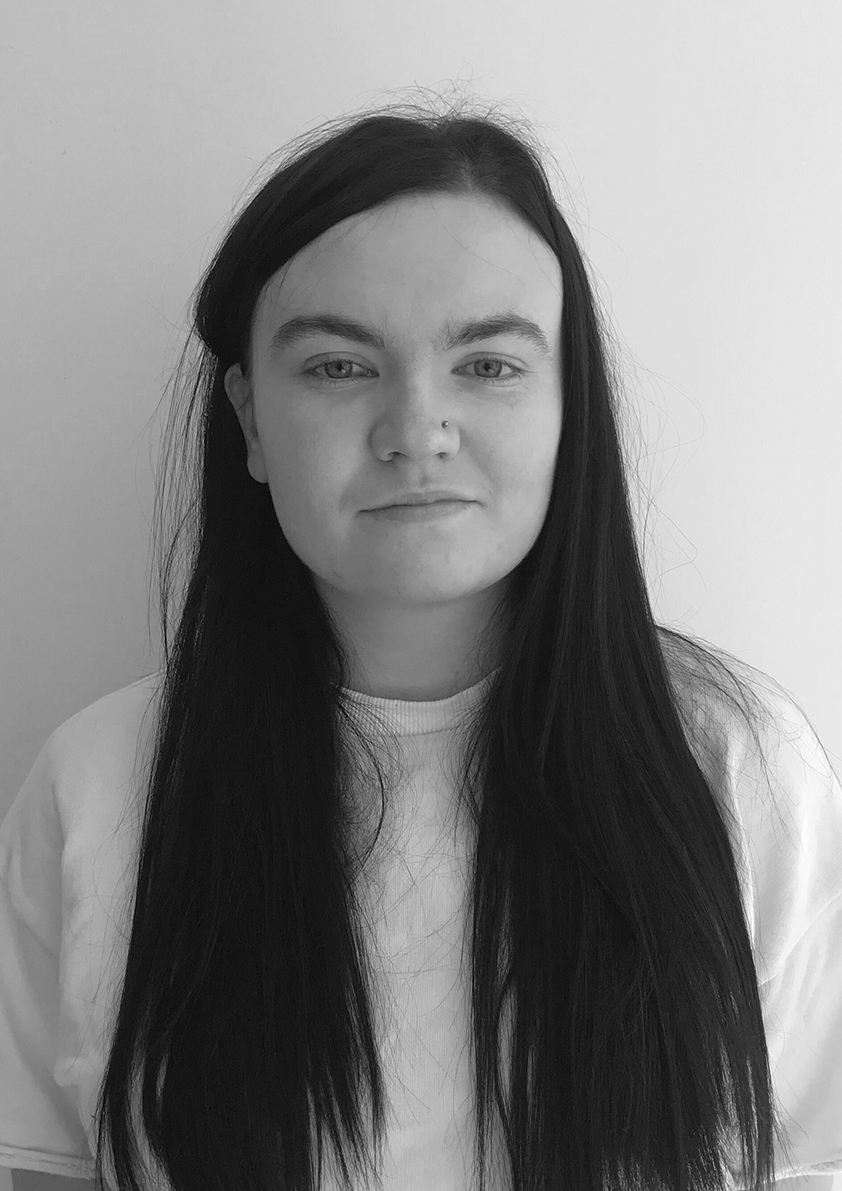 Grace Garland is a British performer and collaborator currently in her final year of theatrical study at Middlesex University in London. Her specialist areas are acting, stand up comedy and sound design. Previous productions include Harold Pinter’s The Birthday Party, Ubu Roi by Alfred Jarry, and Attempts on her life by Martin Crimp. 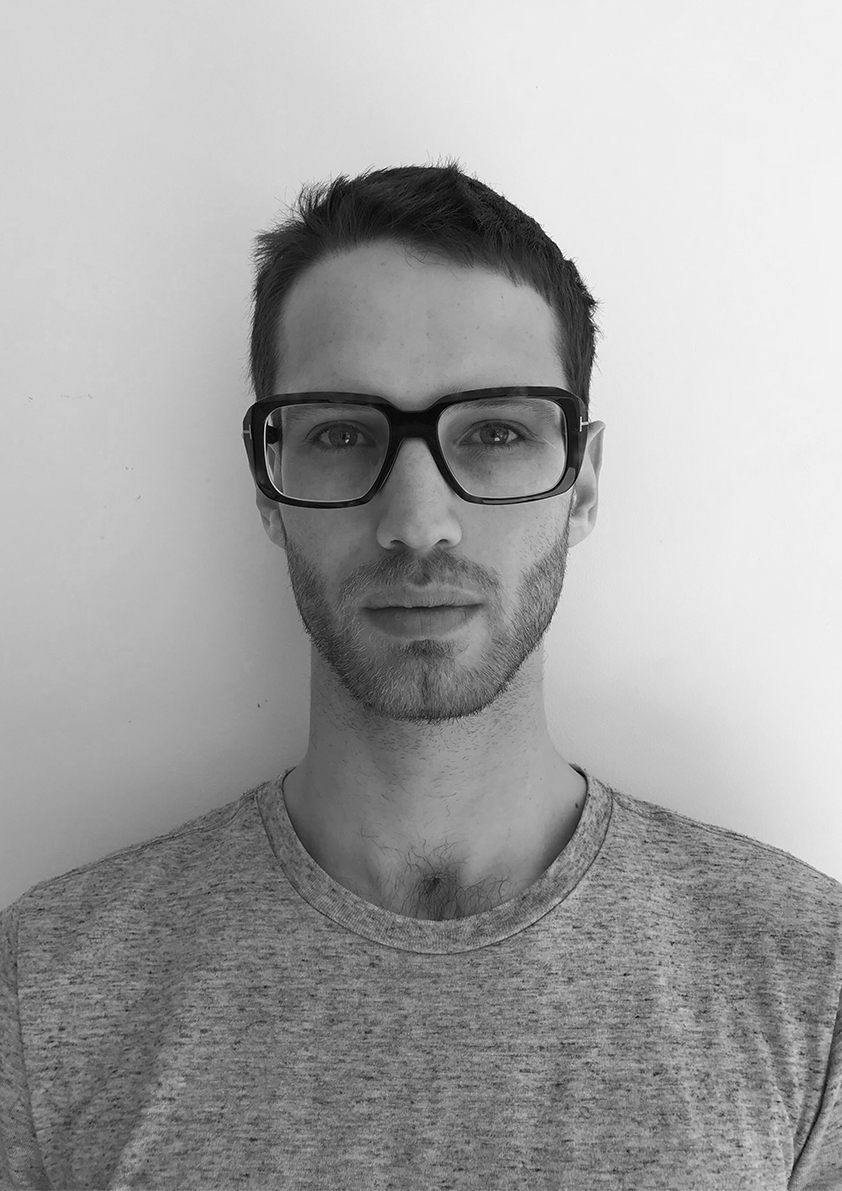 Ivan Loboda is a Slovenian theatre director based in London. He is currently finishing his degree in Theatre Arts (Theatre directing) at Middlesex University. As a child he was trained in classical music (piano), gymnastics, dance and fine art. He has directed several plays at Tatrini Theatre Piran, Slovenia, including The Maids by Jean Genet. He has gained additional training in directing at Central School of Speech and Drama in London with a three month directing course. Past productions that he has directed include 12 Angry Man by Reginald Rose, Rats by Israel Horowitz, Come and Go by Samuel Beckett, and King Ubu by Alfred Jarry. 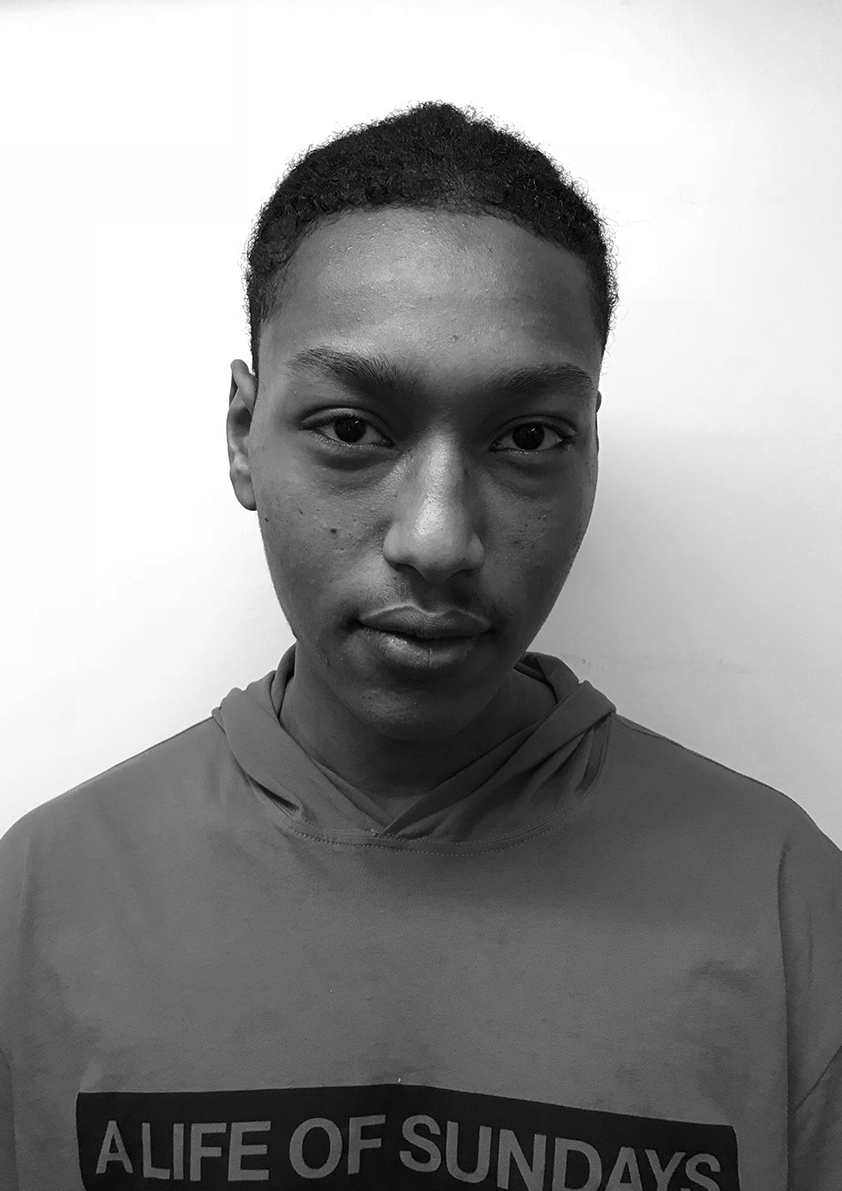 Shaquile Yusuf is a British actor who is currently studying a BA in Theatre Arts at Middlesex University. He will graduate in July. He has experience of co-devising pieces at Chelsea Theatre and the Lyric Theatre, Hammersmith - where he also performed in Caryl Churchill’s Love and Information in 2016, directed by Sherrill Gow. 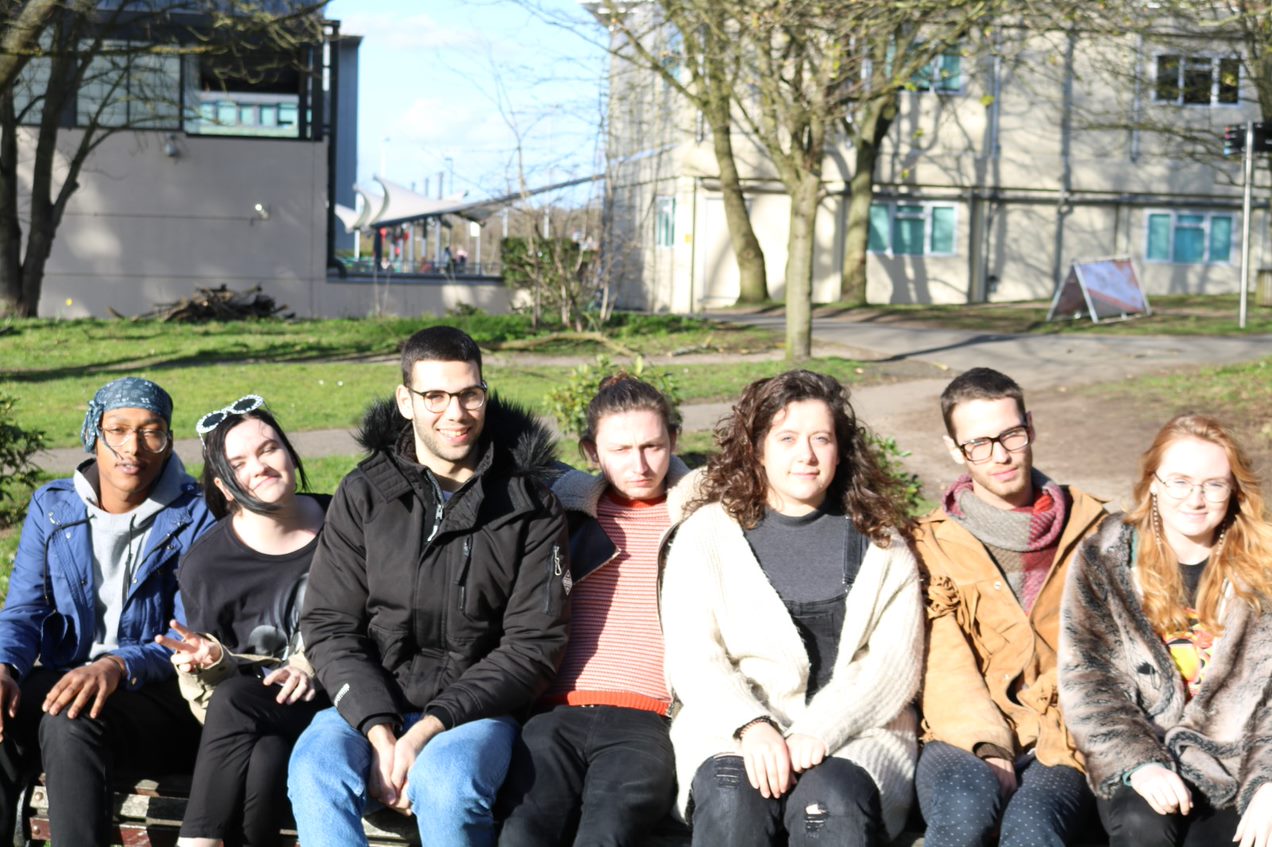 our unique approach to theatre

Goat Theatre has been developing a unique approach to theatre – challenging and questioning the visual elements against the written text with a focus on an innovative synthesis of both.

Our Company’s practice is based on provocation and aims to stimulate the spectator’s mind. Stylised and heavily visual practice galvanises and captivates, while challenging audiences.

Some of the themes Goat Theatre deals with are considered sensitive - religion, the idea of afterlife, of hell and heaven, humanity, the concept of human life and essentially what it means to be a human in 21st century. We interweave ancient ideas and ideologies with the struggles of the contemporary person through ideas of what constitutes morality and moral acceptability.

Three souls at their final judgement. It is about morality. Or immorality? It is about Everyman. Or every-men?

Morality is lacking and political propaganda grows ever stronger but is subtle. Everyman asks questions about morals, about one’s acts and deeds, about power and pride.

Goat Theatre’s debut production, a contemporary adaptation of the 15th century morality play Everyman, delves into the sins and sinners of today. Can a life be judged on the basis of one act? Or a series of acts? And who decides what is morally acceptable? God? The state? The  religious beliefs of the individual? Or your cultural heritage? Your financial capabilities? Or is it you? 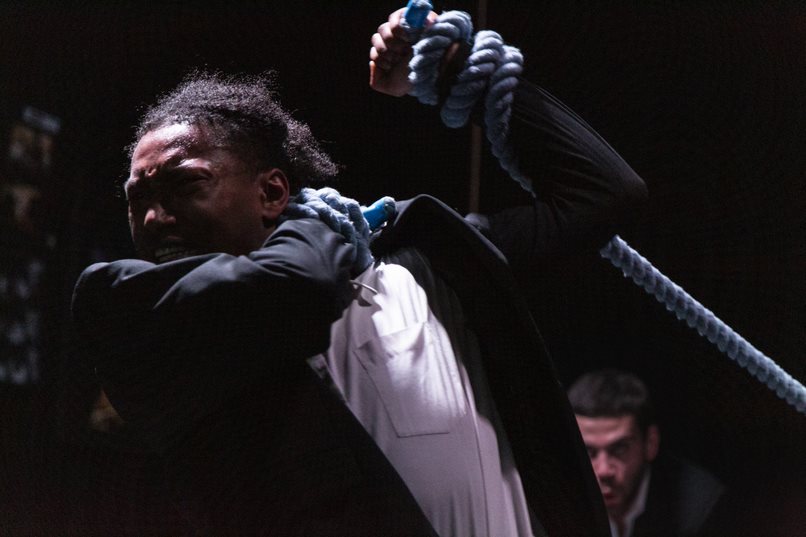 We are lucky enough to be a part of a large community of theatre makers and lovers at Middlesex University London. We have been able to collaborate with our peers and tutors and they have played a very beneficial role in developing our project.

Funds raised will go towards the accommodation, travel and venue expenses during the Edinburgh Fringe.

Where your money will go:

If we exceed our funding target...

If we are lucky enough to exceed our funding target, we will use the additional funds to develop the project further and take the show else where.

We are travelling to Slovenia to perform in a Seaside Summer Theatre Festival in Koper and in Slovenia's capital Ljubljana at Mini Teater at the end of June 2019. Goat Theatre has also been in contact with various venues in Sweden and Spain with the possibility of taking our show there too.

We are working towards visiting and performing in all of our Company members' home countries but travelling and venue hire present a big financial challenge, so your help would be greatly welcomed.

We really appreciate any kind of donation and for that reason we are offering a range of rewards. Please go to the right side of our crowdfunding page to discover what rewards we have on offer. 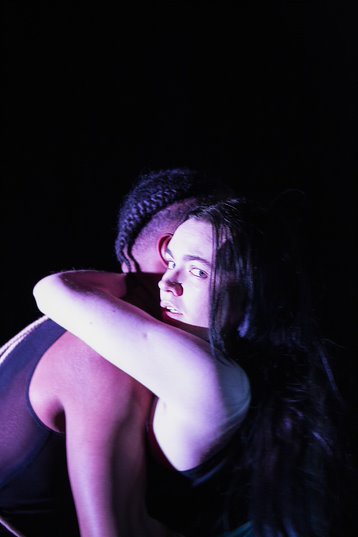 help us spread the word!

By helping us promote the project, the greater chance we have of turning our theatre company's debut show into reality. Your support really matters.

Of course if you are also able to make a small personal donation and sponsor our project, we would be very grateful.

Keep up to date with our progress!

We regularly update on our progress through our social media accounts so you can be with us step by step on our way to Edinburgh! Find us at: 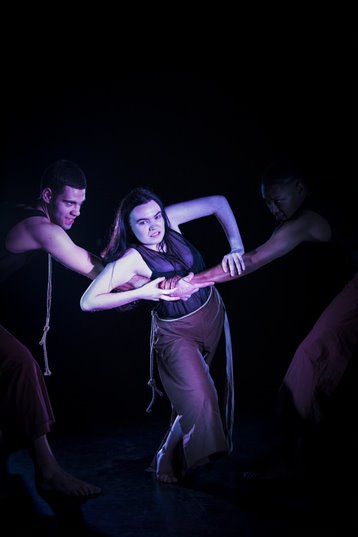 Everyman
Your message has been sent.

Thank you, your report has been sent.
Everyman