A project by: Laura Torres

This project received pledges on Thu 01 Aug 2019
Follow Become a helper
When you've lost everything, is there something to hope for?

Life beats us sometimes, pain is inevitable and bad things can happen to anyone. We may feel sometimes that we've lost everything and there is nothing worth fighting for. But what about hope? Shouldn’t hope always remain?

We are delighted to present to you this lovely film called Hope, a story about a mother trying to move past the death of her stillborn baby.

Laura, our Director, started writing Hope three years ago when Valentina, her niece, was born stillborn. Inspired by this, she wanted to create a film that gave support and hope to people experiencing the same situation.

Five years ago Victoria gave birth but her baby was stillborn. She is now pregnant with her second child and about to give birth. The painful memories of her first pregnancy and the fact she never met her first child trigger a fear which intensifies the closer she gets to giving birth, causing serious anxiety issues. These cause complications with her current pregnancy.

During an emergency operation to save her second baby, she has a series of dreams in which she finally gets to meet her lost child face-to-face.

WHAT WE HOPE TO ACHIEVE WITH THIS FILM

With this film we hope to support and inspire people who have suffered the loss of their baby just before, during, or after labour and are still dealing with the associated grief. 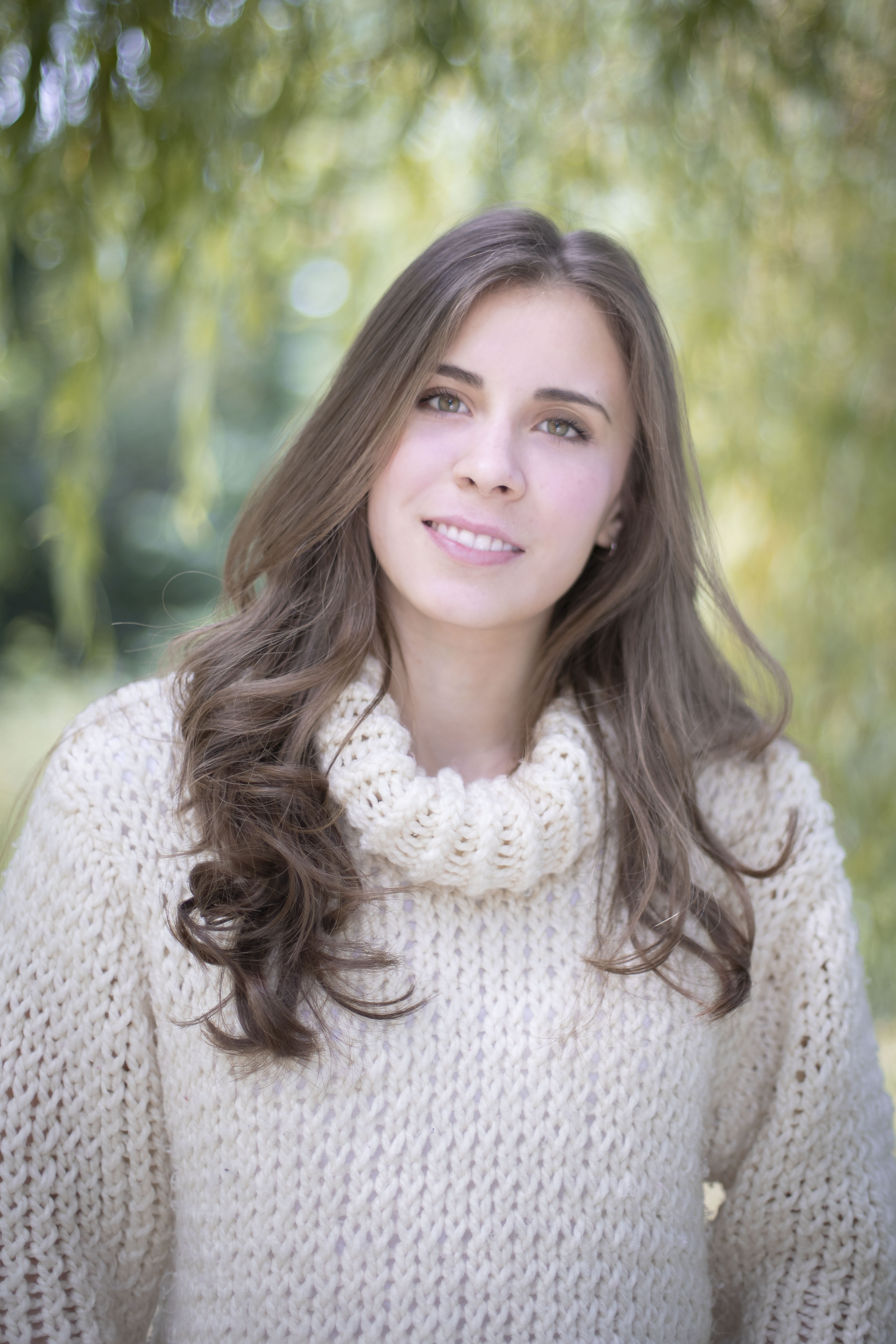 Laura is a talented Colombian artist, enthusiastic writer and passionate filmmaker. Having graduated as an audiovisual artist, she has gone on to fulfil a range of roles in the filmmaking industry but also continues to pursue her dream of becoming a scriptwriter.

She has taken on the role of Director for many projects, including TV pilots, short films, documentaries, campaign films, web series, and more.

One of her latest works as a director, "He loves you not" won Chancellor award in the Building Bridges event for best campaign film against hate crime. 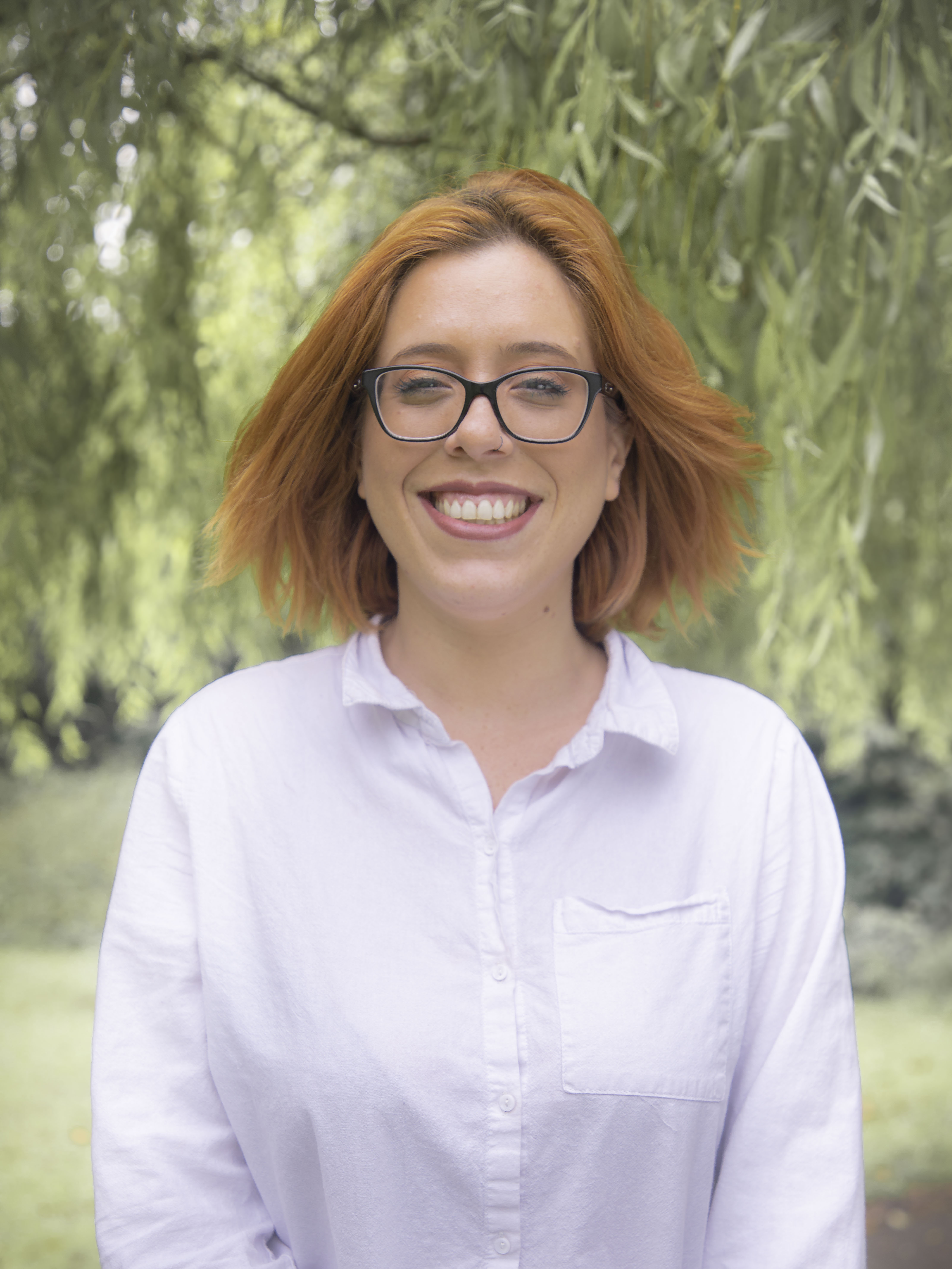 Paula is a filmmaker from Brazil with seven years of experience working in the industry. She has an extensive background in producing short films, music videos, web series, documentary and television.

Her last production was "He loves you not", a campaign film against gender-based violence which she worked on with Laura. This won Middlesex University’s Chancellor's Award for best campaign film at the university’s Building Bridges event. Paula and Laura work extremely well together and this is just the beginning of a promising partnership. 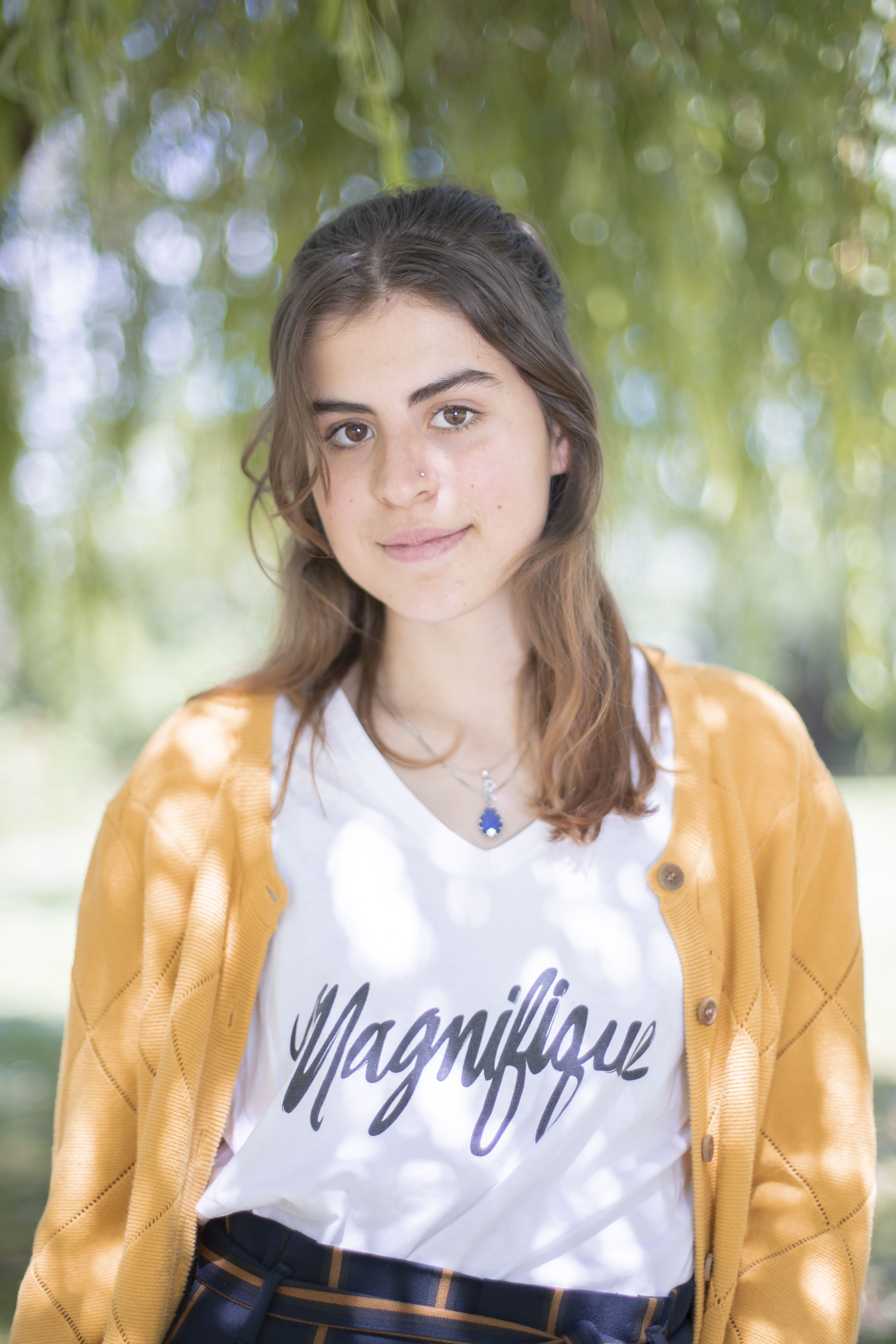 Rita is an extremely talented filmmaker with a passion for cinematography. She graduated in Multimedia Art-Audio-visuals from the University of Lisbon. Her course included a year’s exchange on to the BA Film course at the University for the Creative Arts Farnham where she specialised in Cinematography. Rita’s previous work varies between the different moving image fields - from video art and fiction, to music videos and documentary, and even commercial videos

In this project, she sees the opportunity to creatively differentiate two timelines visually. She is looking forward to the challenge of portraying different emotions at different times of the character's life. 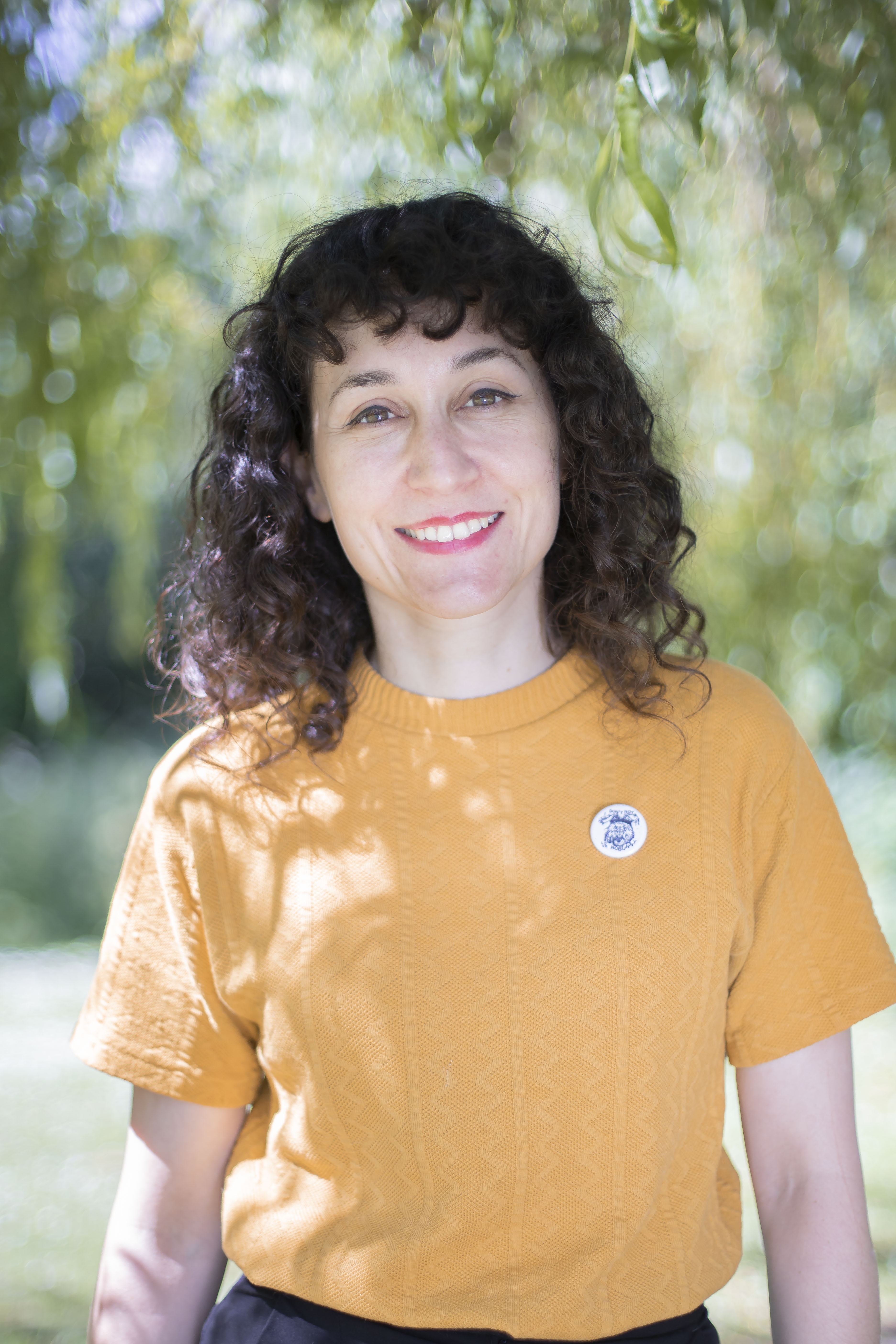 Susana has been working as a visual artist and art educator for the last few years in London. Her artworks have been exhibited internationally, including in London, Glasgow, San Francisco, Valencia and Barcelona.

Through an exploration and extension of the possibilities of object making, performance and moving image, her artwork deals with narratives at the intersection between the psychological, the imaginary, the metaphorical and the political. She is really excited about her collaboration as art director on Hope. She aims to recreate the inner world of Victoria and show her visual universe. This enables Victoria to understand her own journey through life and that of others. 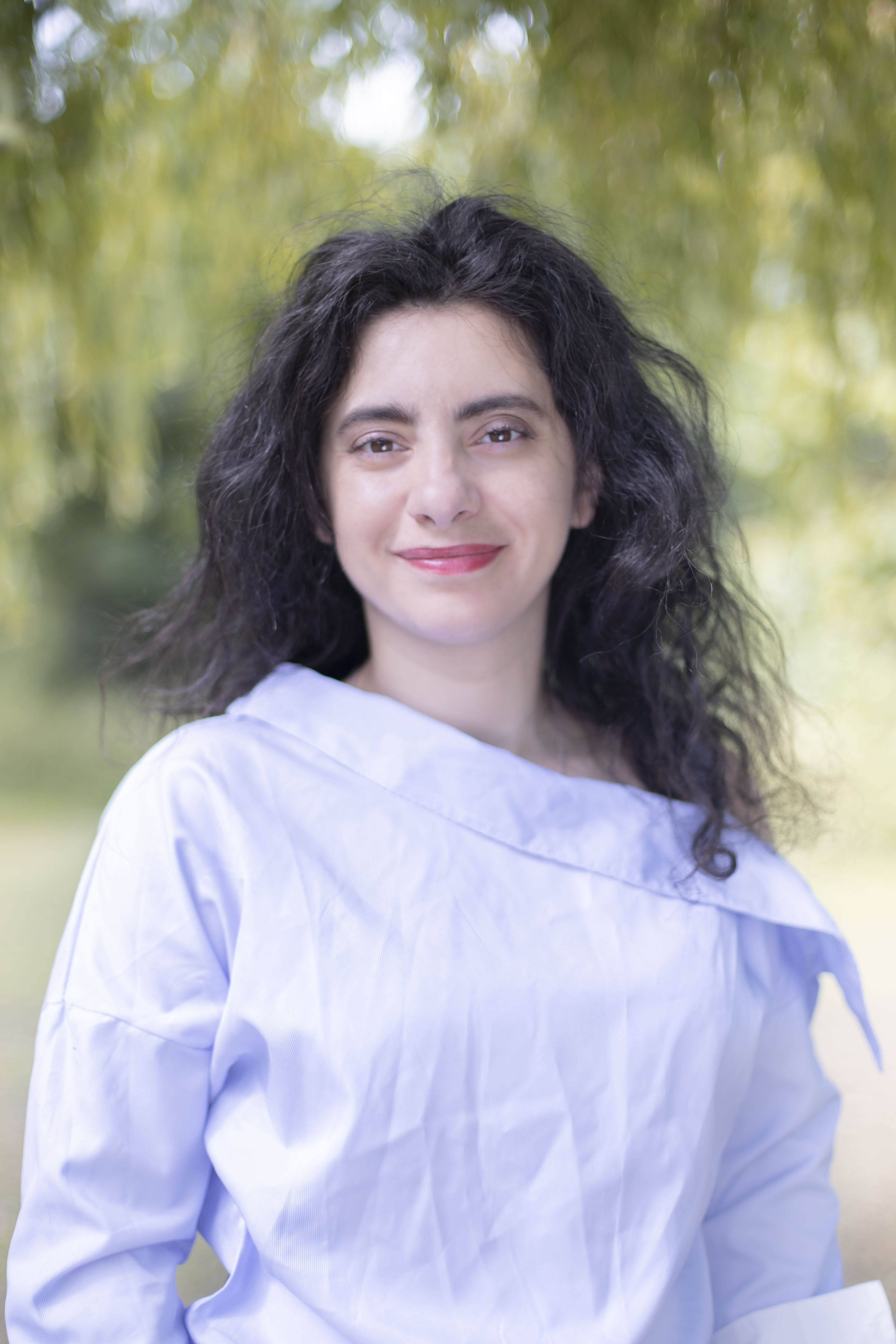 Bianca is a Romanian filmmaker who has been making short movies since 1997 back in Romania, where she also worked in television and produced music and corporate videos. She has won several national film awards for her productions, which typically focus on strong characters who become better versions of themselves following life challenges. She has written, directed and produced her own movies and her aim with Hope is to ensure the production runs smoothly so everyone is happy on set!

"It’s a great project that will help and hopefully inspire more mothers to share their emotions and experiences."

It is not easy to talk about death...especially the death of an innocent being, such as a baby.

Hope tells the story of stillbirth. But wait! It is NOT a story about a child's death but of healing without forgetting and moving beyond old pains.

We get to see Victoria in that special and magical moment when a parent meets a baby they have waited a long time for, for the first time. Through her story, we also learn the importance of closure, moving forward, and remembering to celebrate the time a loved one spent on earth, no matter how short.

Inspired by a true story, Hope examines the concept of loss from the psychological perspective of a parent learning to live with the pain without losing a their sense of hope.

This is why the story is divided into different timelines, marking the journey Victoria goes to as she realises she has the strength deep down to move beyond her grief, get a sense of closure and remain hopeful for the future.. 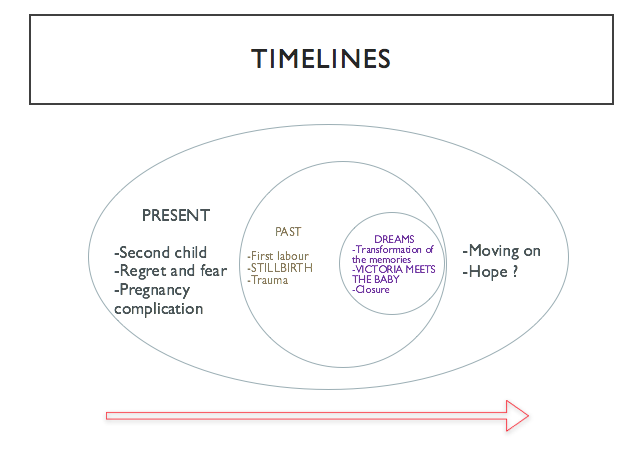 Every timeline is carefully divided into a different feeling and on each timeline, Victoria will be struggling with different traumas:

Using timelines to talk about grief offers the perfect opportunity to realistically convey the emotional journey someone suffering from loss experiences.

This is why we believe Hope is so special - it goes deep where the pain is in order to find closure.

“You will lose someone you can’t live without, and your heart will be badly broken, and the bad news is that you never completely get over the loss of your beloved. But this is also the good news. They live forever in your broken heart that doesn’t seal back up. And you come through. It’s like having a broken leg that never heals perfectly—that still hurts when the weather gets cold, but you learn to dance with the limp.” ― Anne Lamott

"I remember when I entered the hospital room, my sister-in-law was staring at the window. She was reflecting on those past months during which she had been waiting for someone that never came. I will never forget the look on her face, and I remember thinking that I had never met anyone with so much strength. I knew the story of my sister-in-law and brother needed to be told.

I was there for the whole pregnancy. I bought her the pregnancy test, I felt my niece kicking so hard that we thought she was a rebel at heart. I saw how my family’s first grandchild was uniting every one of us through the waiting, the wondering, the hoping...

And then that day came...

The most amazing part of the painful experience was getting to see how the support of many people who had gone through the same situation filled my brother and his wife with hope.

Now, they never regret anything and they don't blame themselves anymore. They are just so happy for the short time their child spent on earth and very aware that even though it hurts, every little bit of Valentina's life, is worthy of remembrance.

I want to bring this story to screen for those mothers, fathers, families and the many people suffering from loss, grief and a sense of hopelessness. I want to convey to them -You are NOT alone and you are going to get through this. You may never understand why this happened but as life doesn't often show us the reasons, you just have to keep living and hoping for more - for a better life, for life itself."

We have a strong motivation for making this film but if we are going to do this... LET'S DO IT RIGHT! This is why we need your help. We want to make sure this story looks as real as possible, and you are the bridge that will allow us to make this happen. 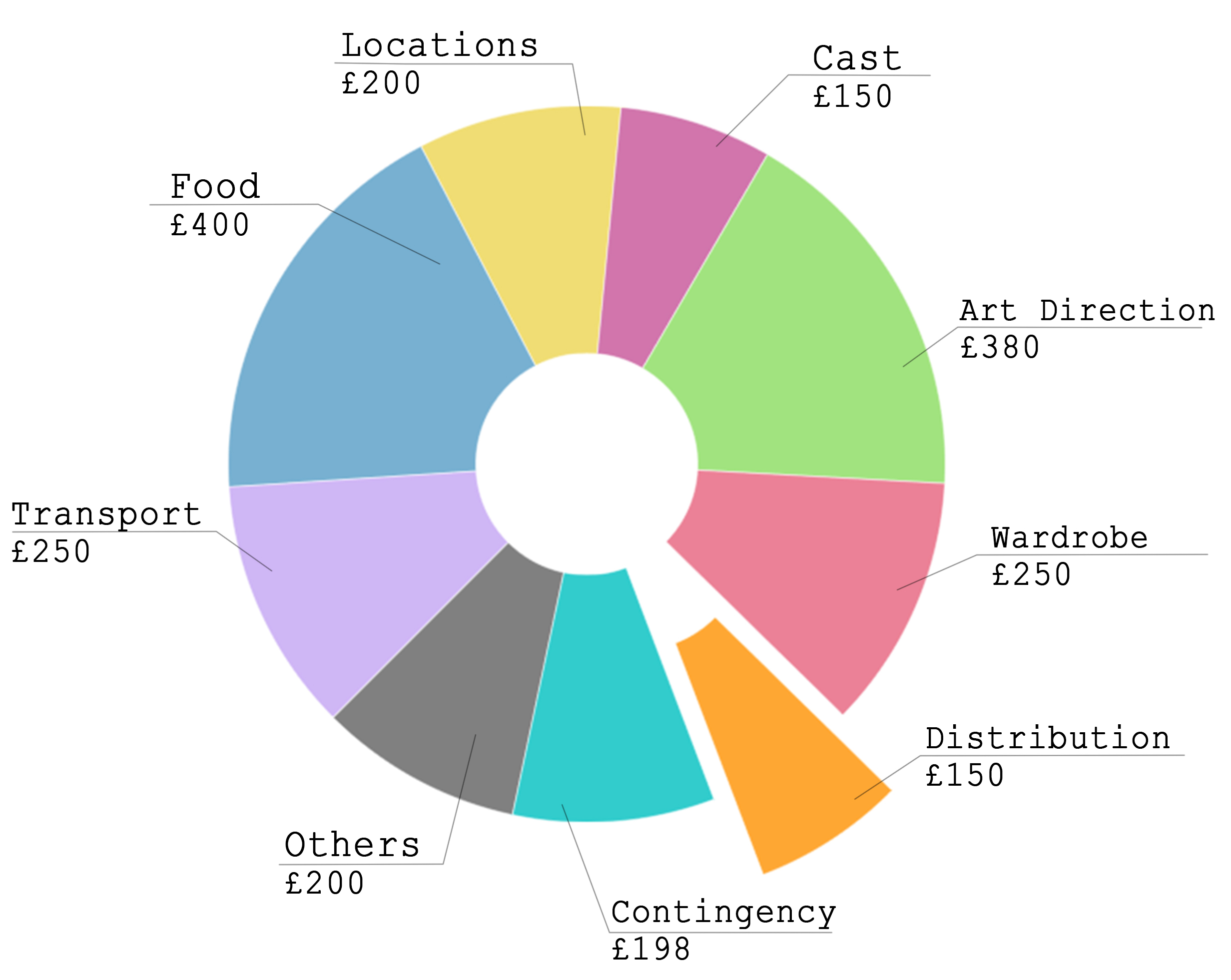 As our producer Paula told us... Making films is very expensive, but with the help of a great community like YOU we can make this happen! We can share this wonderful story to the world!

IF WE REACH OUR TARGET or even MORE?

If we reach or surpass our maximum... AMAZING! We are already going to send the film to some festivals, but there are others with higher entry fees, which we would then be able to enter. This would allow us to expose larger audiences to our film so that it can touch the hearts of many people needing support while they are grieving.

Every bit of support is a treasure to us...Whether you are donating or not, don't forget to spread the word to collaborators, influencers, or anyone else you feel would possibly be interested in promoting our crowdfunding campaign or getting involved with our film!! You'll be helping a lot!

If you are an organisation and would like to promote your brand in our film, please get in touch so we can develop a sponsorship package with you (this could be monetary or some sort of ‘in kind’ donation).

If you are a foundation or charity with a shared interest in our subject matter or even supporting young film makers, we would love to look at ways in which we might be able to work together. This could simply be help promoting our campaign through your communication channels in return for something we can offer you to say thanks, or monetary support.

Every little contribution that you can give is really appreciated!

We want you all to know that by supporting our film, you are helping to support others at a time when they need it most. So in honour of every life that this film touches, WE OFFER A BIG HEARTFELT THANK YOU... As well as the rewards listed on the right hand side of this page!

DO YOU WANT TO HELP BUT DON'T HAVE FUNDS?

If you really, really, REALLY want to help us but don't have the funds... that's okay! You can still help us in many different ways...

We are in need of talented artists, marketing experts, popular influencers, skilled publishers. If you are a film festival expert able to offer advice, that would be fantastic too – as would any help with the shoot, or feeding our cast with your food!

We are very open and happy to hear people's suggestions! For those wanting to support us with their skills, you can message us through our Facebook and Instagram pages…See below…

We will be posting about our progress with our campaign and also our production frequently, so for updates on our story, crew, behind-the-scenes footage, information about our cast and more, just click on the links below...

SHARE OUR CROWDFUNDING CAMPAIGN WITH AS MANY PEOPLE AS POSSIBLE!!! Your support matters a lot... You are helping us make Hope a reality! 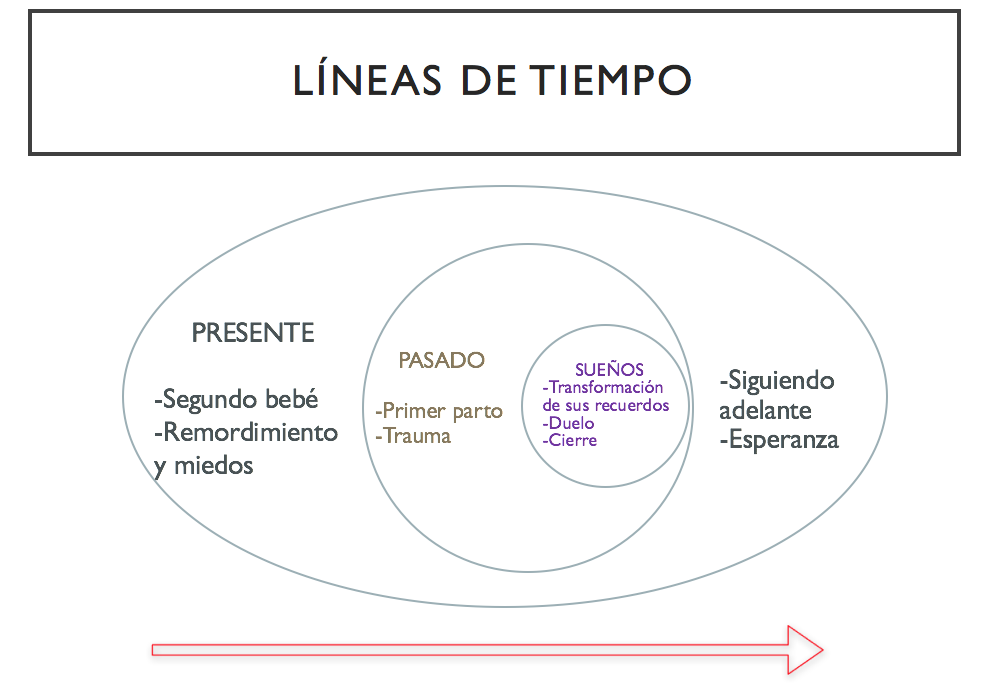 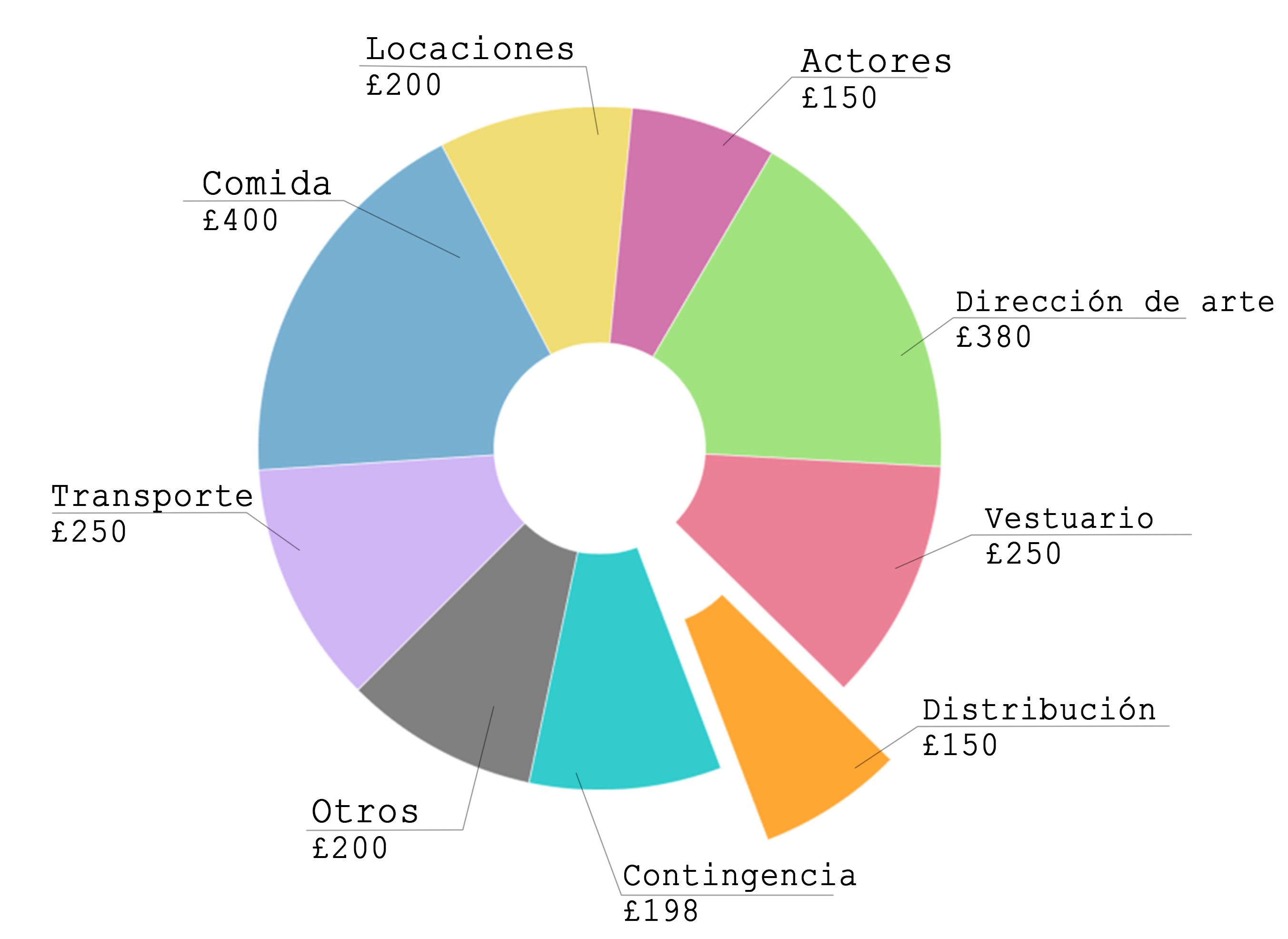 "HOPE" Short Film
Your message has been sent.

Thank you, your report has been sent.
"HOPE" Short Film