A project by: George Kouroutzidis

This project received pledges on Sun 11 Aug 2019
Follow Become a helper
A DOCUMENTARY ABOUT FATHER ATHENAGORAS, A MISSIONARY WITHIN A MARGINAL ROMA COMMUNITY IN GREECE

I'm George Kouroutzidis and this documentary will be my dissertation project for my MA Film course at Middlesex University.

"The Lighthouse" - "Ο Φάρος" is a heartwarming documentary about generosity of spirit, love, hope and human kindness. It is in stark contrast to many of the negative stories about Greece that have been covered in the past decade.

My companions on this creative journey are people who are not only great professional partners, but also amazing friends. We have been working on this project for the last four months and we need your support in order to finish it!

The documentary will be shot in Dendropotamos, a small area in the Western region of Thessaloniki, Greece. The neighbourhood is Thessaloniki’s most notorious and also one of the most infamous areas in all of Greece. In 1950, Roma traveller families began to visit Dendropotamos, a landfill at the time, to collect and fix items for the purpose of reselling them in order to survive. As a result, a Roma neighbourhood was born.

Today, Dendropotamos is considered a ghetto area where crime, drugs, prostitution and human trafficking are dominant. It’s a marginal society only 15 minutes from the centre of Thessaloniki.

The Roma community living within this area are considered a minority group with common interests and characteristics that distinguish them from the majority of the population.

“The Lighthouse” is a documentary that follows the story of Father Athenagoras Loukataris and his mission in Dendropotamos.

Sparked by his childhood dream to go to Africa as a missionary, we witness how Father Athenagoras struggles with his personal desire and how he finally responds to the challenge of Metropolitan of Neapoli and Stavroupoli, Mr Barnabas to go for a mission in Dendropotamos instead of Africa.

Theodore, Loukataris (his name before becoming a priest) was born in Eptapyrgio of Thessaloniki on July 14, 1977.

His interest in Theology led to him studying at the Higher Ecclesiastical School of Thessaloniki and this interest continued when he was introduced to the theology department of the Aristotle University of Thessaloniki, following completion of his military duties as an army reserve.

In February 2004, with the instigation and blessing of Honorable Metropolitan Neapolis and Stavropoleos, Mr. Barnabas, Father Athenagoras undertook the establishment and operation of the ”Center for the Protection of Minors ROM ” and the ”Center for the Reception of Addicted Young People” in Dendropotamos, Thessaloniki.

Having accepted this challenge, Father Athenagoras started his efforts to meet the Roma community and make them trust him. Finding himself all alone in his attempts to start a mission in the area, Father Athenagoras realised that there were many Roma children, whose parents were either drug users or in prison.

As he himself says: “At the beginning, without knowing anyone, I took the children down to the basement of the church of Saint Nektarios. At first it was a nape but it became a very warm place that had life all day and night. I realised from the beginning the need for some children from non-existent or dangerous environments to stay with us. We set up all the structures needed to serve the needs of these people. The group of volunteers grew slowly from local and other neighbouring regions. We started to set up a network to wake the kids up for breakfast, make sure they had clean clothes, and could go to school. We wanted to make sure they had a place to eat, to do their lessons and could spend the rest of their day creatively.”

This is how the Centre for the Protection of Minors ROM “The Lighthouse of the World” was born in 2004.

Throughout our documentary, Father Athenagoras narrates the most significant moments of the Lighthouse’s journey during the last fifteen years. He is enthusiastic and proud of the children who he has grown to know, describing the moments when the first Roma teenagers graduated from the local High School and went to university. He also speaks about The Lighthouse of The World robotics team, which travelled to America and won a prize, as well as Alexandros Sangouris, whom he accompanied to the X-Factor Final.

Below, you can find out a bit more about us - the team of filmmakers behind "The Lighthouse": 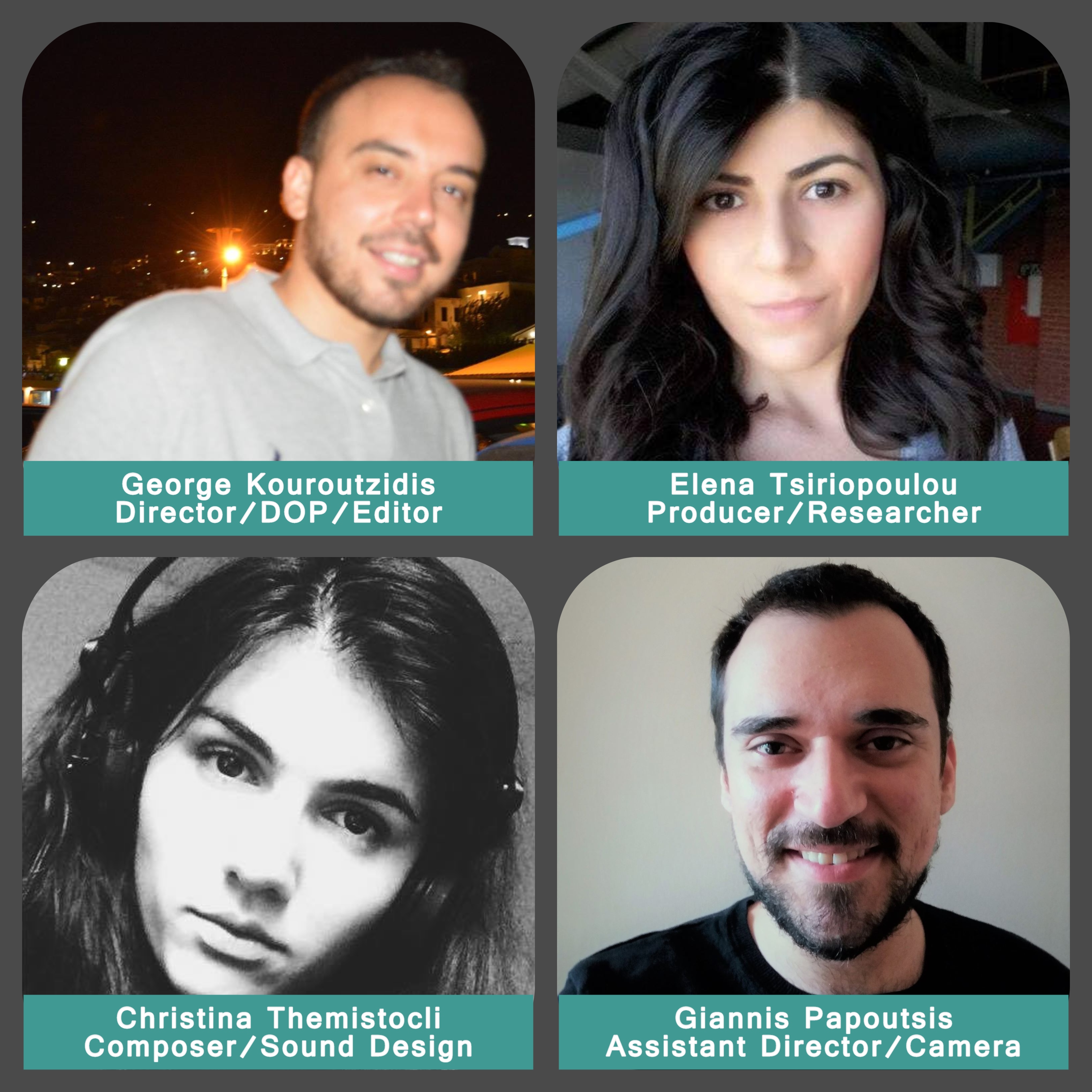 George Kouroutzidis - Director/DOP/Editor : George is an experienced journalist and video editor in TV production with a demonstrated history of working in the Greek media industry. His passion for visual storytelling led him to the MA Film course at Middlesex University. For George, filmmaking is a way of expressing emotions.

These are two of his recent projects as a filmmaker:

Campaign Video: Together It's Better (nominated for the Building Bridges event)

Elena Tsiriopoulou - Producer/Researcher: Elena is an experienced Production Assistant and Communication Specialist with a demonstrated history of working in the arts and crafts industry. She is skilled in Editing, Journalism, Public Relations, etc and also has strong professional administrative capabilities. She is a graduate from the Dept of Journalism & Media, Aristotle University of Thessaloniki.

Giannis Papoutsis - Assistant Director/Camera: Giannis was born and raised in Athens. He studied Journalism in Greece and worked briefly as a journalist for various websites and newspapers until 2016. In 2017 he graduated from Birkbeck University with a Master’s Degree in Film. Since 2017 he has worked as a director, scriptwriter and author on several projects, both in London and Greece.

Christina Themistocli - Composer/Sound Designer: Music composition has always been part of Christina's life. She started playing the piano when she was six and shortly after she started experimenting by creating tunes and melodies. In 2017 she graduated from Royal Holloway, University of London, where where studied music while also working as a freelance composer. In 2018, she moved to Bristol to pursue an MA in Film Music at the University of Bristol. She now works as a film composer for various local productions, documentaries, animations and advertisements.

In order to bring our documentary to life and make it as compelling as possible, we will need to raise a total of £1500 to cover the costs of shooting, travel and upkeep whilst filming our documentary in Thessaloniki, Greece. Our budget breaks down as follows: 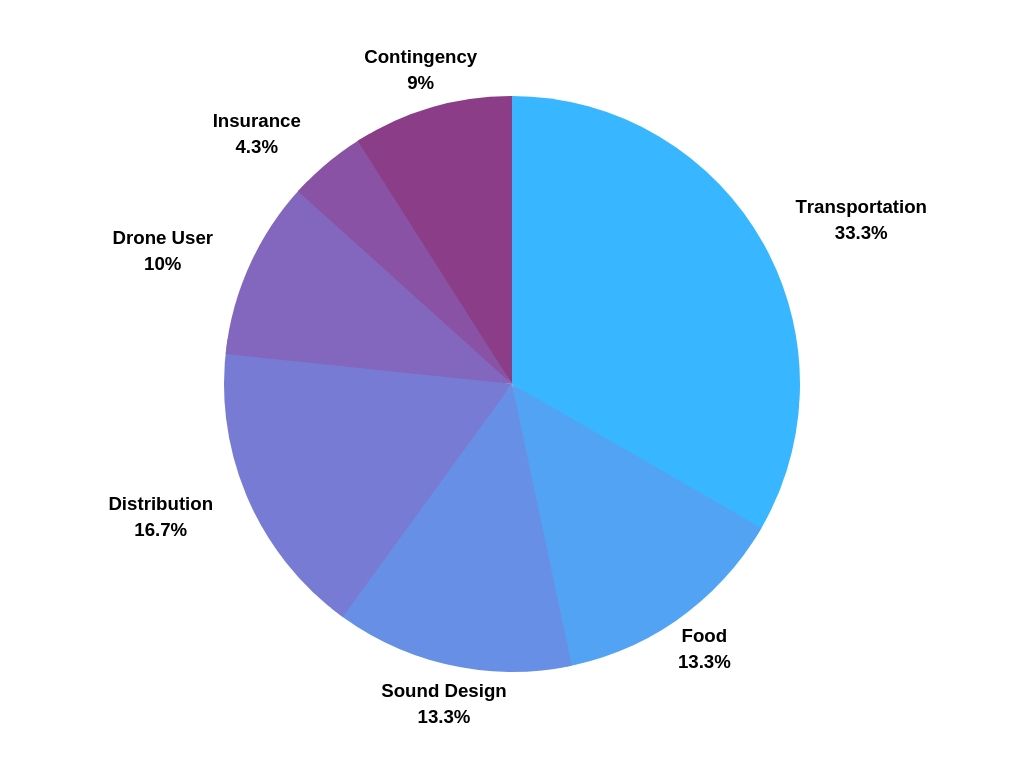 - Transportation (flights and airport transfer for 2 people, petrol for 3 people): £500

What we will do with any additional funds raised

If we manage to exceed our funding goal, we're going to use any additional money towards entry into more documentary festivals.

How you can help us!

Any support, no matter how small would be greatly appreciated. In return, we are offering you some small rewards as a token of our appreciation! Please check the rewards list on the right side!

Furthermore, if you want to donate and can't because you don't have a  PayPal account, then please contact us and we can help guide you through how you can donate another way!

Even if you can't support this project financially, you can still help us! Just share this campaign on your social media and speak to your friends about our project!

You're already helping us enormously!

The Lighthouse
Your message has been sent.