A project by: Paula Campos Coelho

This project received pledges on Sun 28 Jul 2019
Follow Become a helper
You can’t find self-love without making peace with your past.

Hi, my name is Paula Campos and this short film Mockingbird will be my dissertation project for my MA Film Course at Middlesex University.

Mockingbird is a story that many people can relate to at some point. It raises many themes such as damaged childhood, narcissism, psychological abuse, abandonment, psychological disorders, self-love, the eternal seek for validation and last but not least, making peace with your past.

I believe every human being has experienced at least one of these themes or will come to experience these themes at some point in their lives. Not necessarily in the same way it is shown within my story, but by simply existing in this world, we face numerous obstacles on the way to accepting who we are in comparison to others.

WHat makes this story special?

The main character of Mockingbird, ‘Prudence’, is inspired by my own traumatic experiences. This is not an autobiographical story but is however related to how I have felt, and still feel, as a consequences of these experiences faced.

My main goal in telling this story is to give visibility to the themes conveyed, and give support to the victims of abuse and to the ones who struggles with psychological disorders.

Before Prudence’s big opening night on stage, she decides to confront her father with the expectation that he will finally recognise her value somehow. But will Prudence be able to heal the wounds of a childhood damaged by his psychological abuse and abandonment, and move on to the front stage? Will she fail? Will she impress?....

Soon Prudence will discover that she is missing out on something from relentlessly seeking the feeling of being loved and validated by others. Prudence’s journey to her inner sanctum of memories will surprise us before the front curtain opens and the show begins... 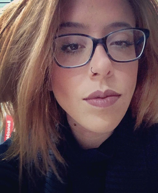 Paula is a filmmaker from Brazil with nearly seven years of experience in the industry. She has worked as a Producer for short films, short documentaries, TV shows, web series and music videos. Her productions were nominated for many Awards and were screened in several Festivals in Latin America. Her last one, He loves you Not, - a short campaign film against gender-based violence, just won the Best Campaign Film Award at Middlesex University's Building Bridges event.

As the writer and director of Mockingbird, Paula intends to raise awareness about many relevant themes, such as: borderline personality disorder, the consequences of abuse, and parental abandonment. Her main approach is extremely poetic and dark at the same time, promising to give the audience an authentic and memorable psychological drama which they will never forget. 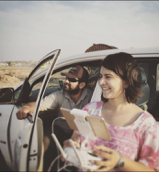 With nearly five years work experience in Producing with the prominent Producers, Directors and Cast in Bollywood, Sonika has also worked as assistant producer with National Geographic and Discovery for two years.

"Mockingbird is a one of a kind script, it will make you cry, feel the pain, shake you from the inside and will blow your mind. It's definitely going to have an impact on each one of us in one way or another. I can’t wait to create this one! Not just from a production perspective but for the emotional value as well." 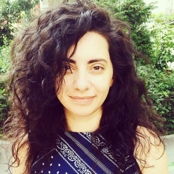 Bianca Lucia Rus is a Romanian filmmaker who has been making short movies since 1997, but also worked in television and has produced corporate and music videos. She has won several national film awards for her productions. She has written, directed and produced all her movies and is currently finishing an MA in Film at Middlesex University.

"Mockingbird requires a specific setup for the actors to feel safe and comfortable on set, and to give a great performance expressing their deepest emotions, and I'm sure I'm the one to help with that." 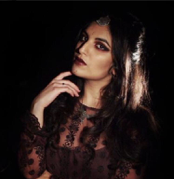 Leila is a post-production specialist who is stepping to the foreground of filmmaking with a directing debut for British Asian horror. Leila has worked for the Ministry of Justice and Director Jeremy Wooding as a social media content creator, leading her to new ideas of indie film production.

‘’I'm happy to be part of the Mockingbird project as the theme of self-love resonates with every individual including myself. Today self-love is an act of rebellion against mainstream culture and it’s necessary to know where the toxic elements of life are so you can move past them.’’ 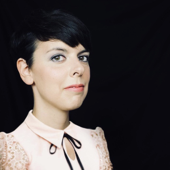 Raquel Guerrero has been working in the industry for four years in many different countries as a motion graphics artist, illustrator and animator - in technical terms, a visual multidisciplinary designer. She is now based in London and focusing on Editing.

One of her latest projects was He loves you not, working alongside Paula. This is a campaign film against gender-based violence that won the Building Bridges Chancellor’s Awards for the best campaign film. Raquel aims to use the editing process to build the psychological suspense and tension in Mockingbird in a dramatic way in order to keep the audience on their toes and coming back for more.

Having successfully fulfilled the role of art director on many audio-visual projects such as TV pilots, films, music videos, video art, etc., Laura’s creativity and originality has led her to accomplish different goals recently. Her latest work He loves you not is a campaign film against gender-based violence and was selected for the Best Campaign Film Award at Middlesex University's Building Bridges event. Additionally, with her experience as a writer and director, her way of connecting to the character’s environment is authentic and original.

"Mockingbird is a brilliantly well-developed story that combines intrigue with psychological aspects, both of which are crucial to the work involved in developing the universe of the character, externally and internally. The poetic look of the film starts from the script and I’m truly honoured to be a part of it."

Her previous work varies between the different moving image fields, from video art to fiction, from music videos to documentary and even commercial video. Creating visual appealing imagery that can tell a story is what drives her in the cinematic world. What Rita loves about this project is the duality between good and bad, and she is keen on exploring this visually in the film.

"I am very passionate about this project because it addresses the character's journey to self-love and appreciation. Personally I believe this is a very important subject to discuss and therefore something that I want to be a part of. The story itself is told in a very creative and imaginative way. Giving me, as the cinematographer, the opportunity to explore my creativity which is something that I look for in the projects I am involved in"

In order to bring my project to life, I will need to raise a total of £1,570 to cover the costs associated with the production of Mockingbird.

My budget breaks down as follows: 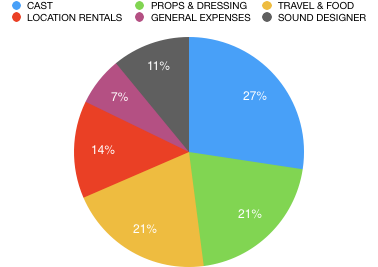 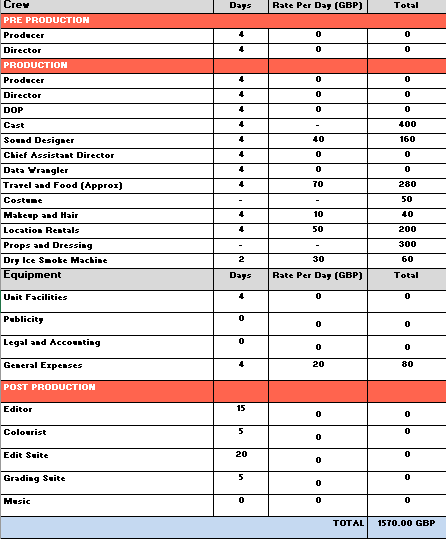 And If I exceed my target...

If I am lucky enough to exceed my fundraising target, all additional funds will be ploughed into marketing and distribution so that Mockingbird reaches the widest audience possible!

How you can help us?

Any support, no matter how small would be greatly appreciated! In return, I am offering you some small rewards as a token of our appreciation! Please check my rewards list on the right side!

Even if you can't support this project financially, you can still help! I would hugely appreciate it if you shared this campaign on your social media and helped to spread the word of my project with your friends and family!

Mockingbird
Your message has been sent.