A project by: Carla Martins 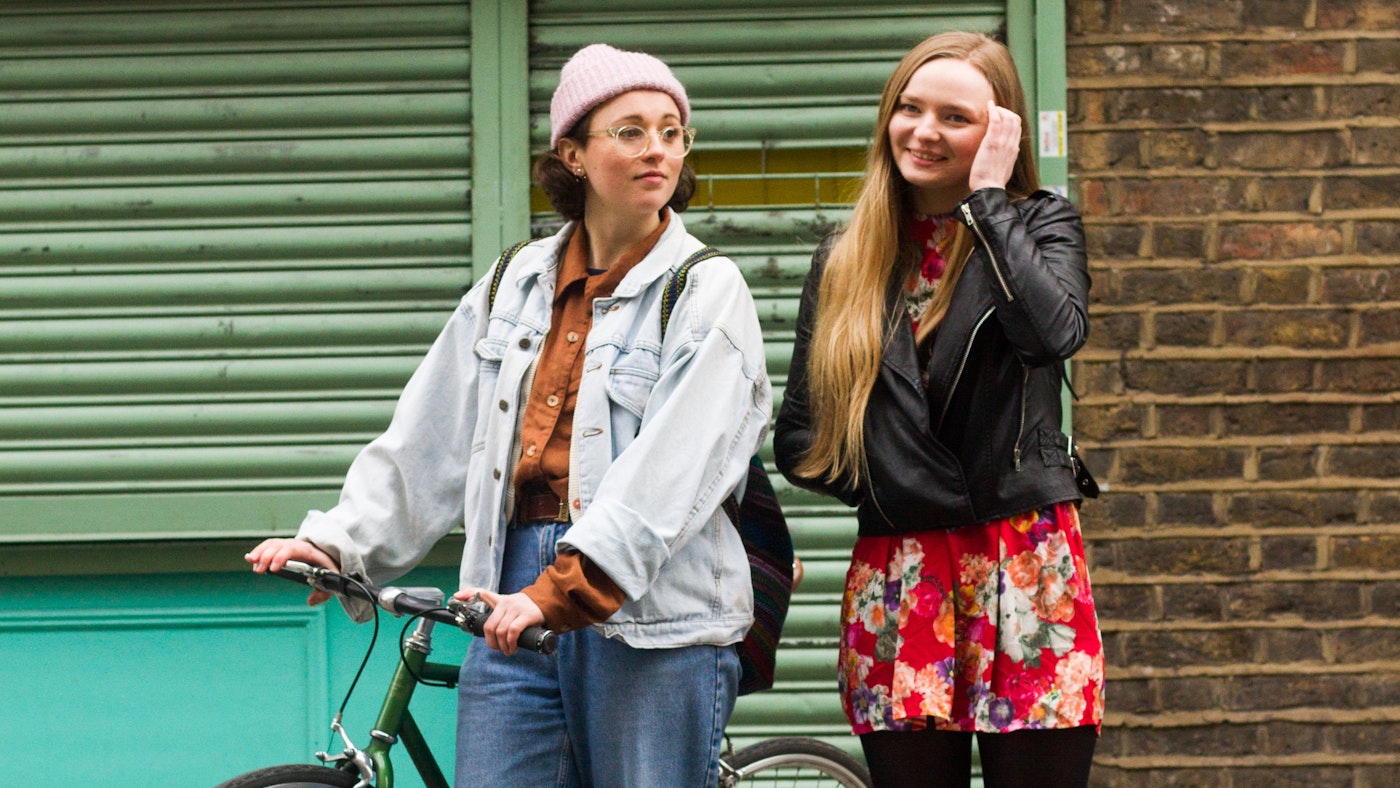 This project received pledges on Mon 11 Jun 2018
Follow Become a helper
In 1996, an artistically introverted girl is bound to collide with a new friendship.

This is the story of Danielle and Iris, who meet for the first time by chance but soon realise they can bring something new and amazing into each other's lives. While seeming very different, scratch below the surface and they are more similar than they first appear.

All the adventures they share show them that nothing happens without a reason and what brought them together makes them realise that the only thing they really need, is each other. 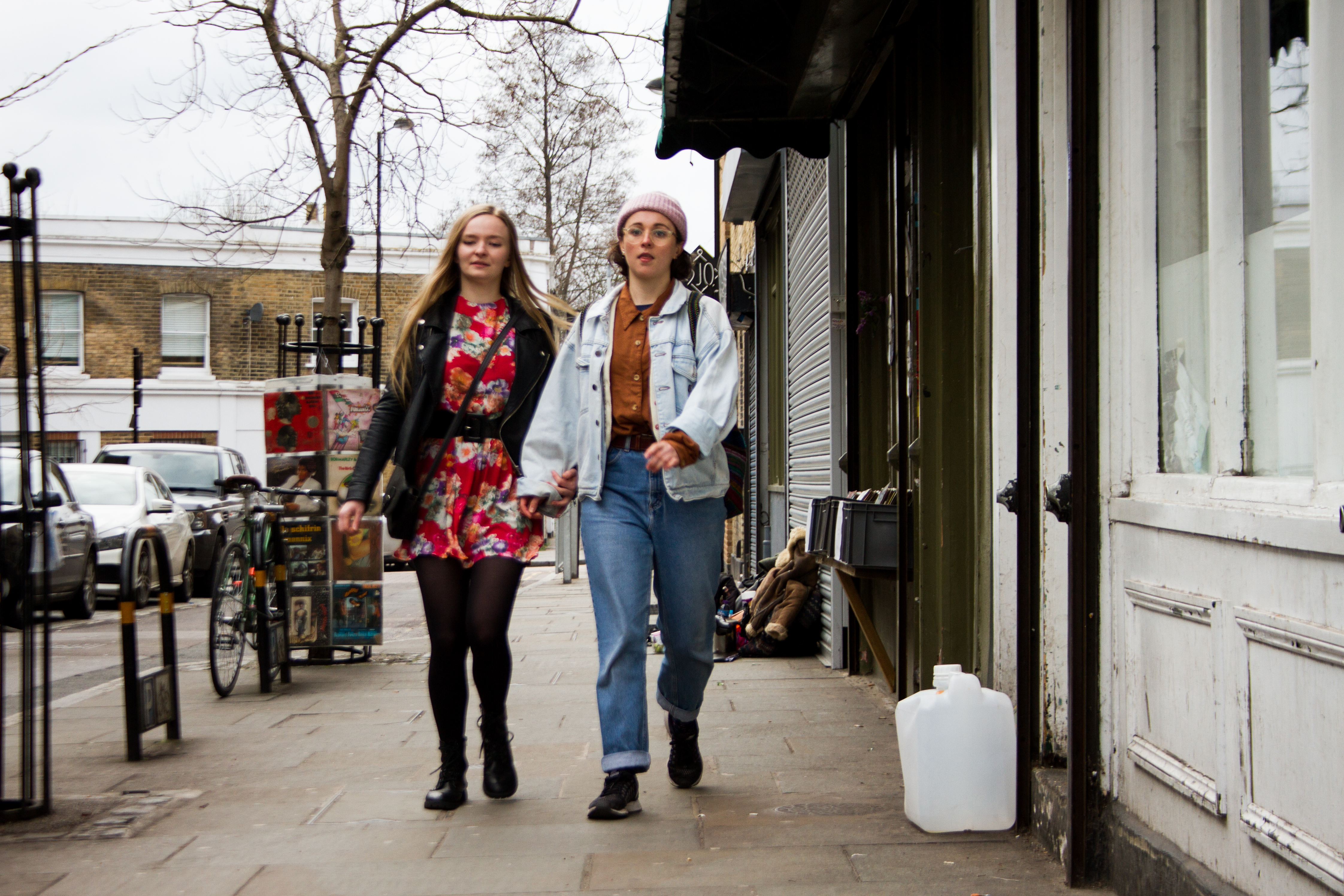 Hello everyone, we are a team of Middlesex University students and collectively, we want to make a film that reflects real life and engages people on different levels. We want people to feel or see a meaning and connect! This could be with the lives of these two girls, their circumstances, the way they evolve personally from the beginning of the film, or simply the moral of the story: don't let the past get in the way of your future.

We are lucky enough to have a fantastic group of friends who believe in us and are giving us the moral support we need to keep this project going.

We are full of energy and very dedicated to this project. We firmly believe that our passion, commitment and skills will ensure we can produce something great. We are all in the final year of our BA film course so have spent the last three years learning our craft. We are putting all that we have learnt to good use with this film, which also happens to be our final year project!

We understand the responsibility of being the new generation of filmmakers and want our production to be fresh, engaging and something we can be proud of creatively. In order to achieve this, we need your help! 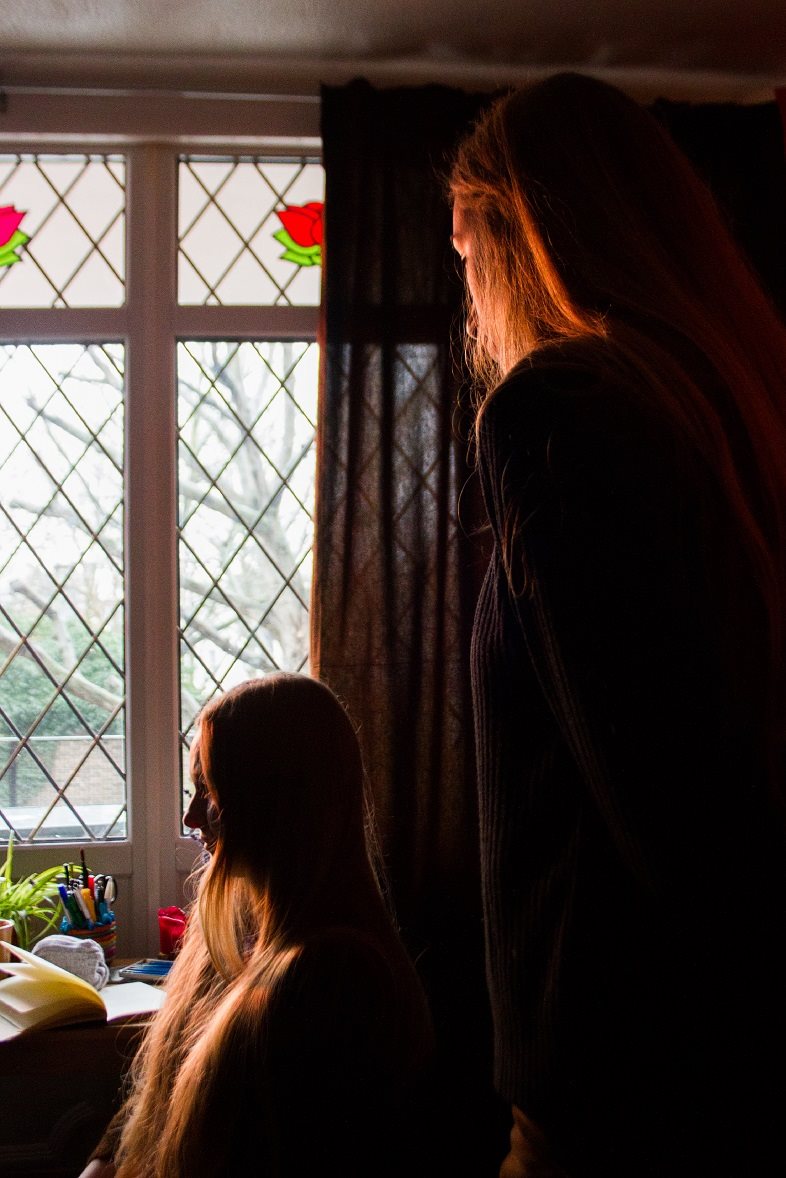 Carla Martins wrote and directed this story. Her storytelling technique centres around the development of the two main characters and their emotions. She focuses on their personal  evolution and sense of fulfilment.

In her second year film, Carla successfully depicted a complex relationship sensitively and authentically, so she hopes to be able to do the same with the evolution of the characters of Danielle and Iris within this story.

She is responsible for the artistic values and story rhythm. This is not a story about her life but is inspired by some of her personal experiences and those of the people around her.

As being on set can become quite stressful, we have surrounded ourselves with a great team of people who work really well together and can create a perfect working environment. This will help us handle all the ups and downs typically associated with making a film professionally. 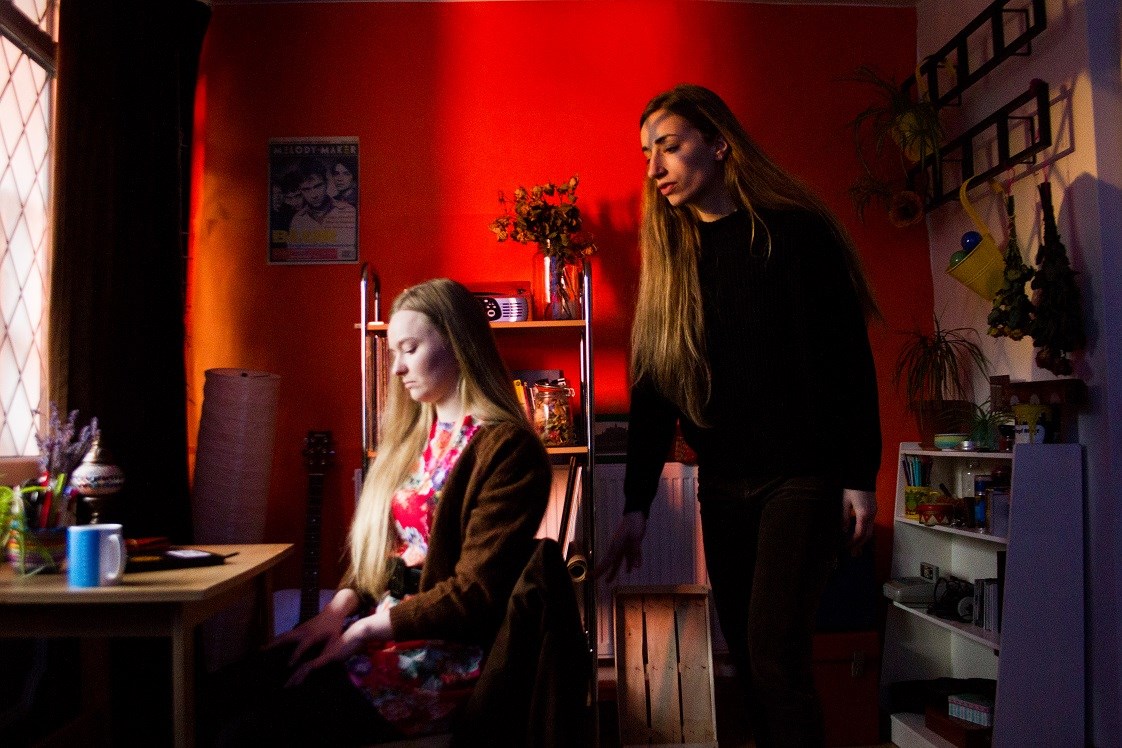 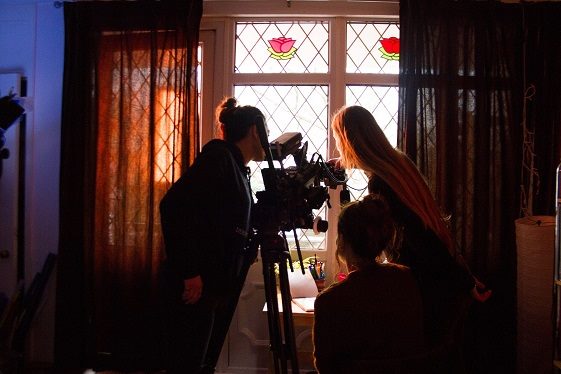 Set in London in the 1990’s, our short film is about Danielle and Iris. Running after the man she believes stole her notebook, Danielle collides with Iris on her bicycle. At first glance, the two girls couldn’t be more different. Danielle is introverted and Iris is the polar opposite but they share the same values and life philosophies. Their different but complementary personalities inject a new energy into each other's lives and a friendship is born.

Realistic, funny and touching, our film resonates with emotions and memories of the past. The nostalgia... the difficulty of moving forward and not allowing the past to decide or interfere with the future. There is no point wasting emotional energy! Better days are ahead and there is someone out there who can help you realise that.

With this story, we want to symbolise that Daniella is stuck in a rut due to previous life experiences and can't see a way to move forward. Once Iris comes into her life, she views life from a new perspective and feels confident she can start afresh.

The film is set in the 1990s - not only because it is Carla's favourite decade but because looking back to this period brings a nostalgia for simpler things. Technology hadn't taken over the world and people would stop in the streets and talk to each, instead of just passing and looking away.

As silly as it sounds, they weren't just obsessed with taking pictures on their phones... they would stop and absorb the moment. It was kind of like D.H. Lawrence's  idea of "the confrontation between two souls", when two people would take the time to engage with each other in person.

This version of the world has had a big influence on Carla and she wants her film to be set in an age more focused on the pleasures of connecting with people, face-to-face. 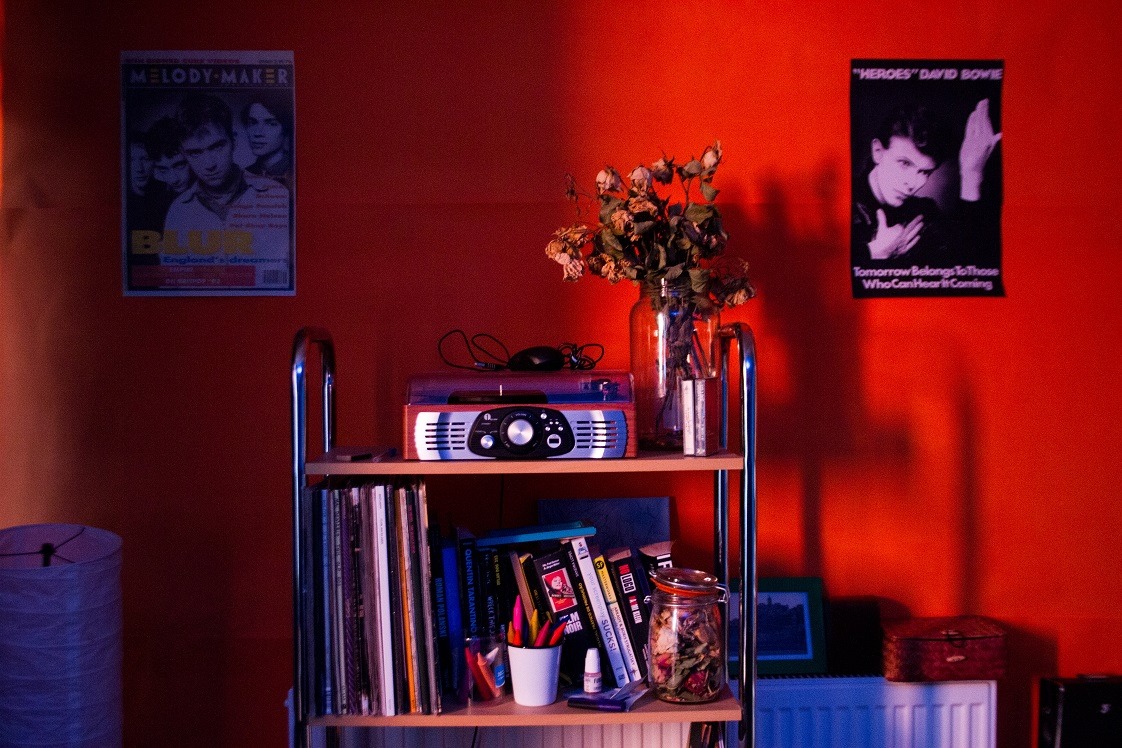 The locations and vibe of London in this film are brought to life by the performance of our cast and great use of the camera and colours. Every location has its own personality: the blue and orange inside Danielle's house, the brown and green of the record store, and the red and purple of the coffee shop she works in. 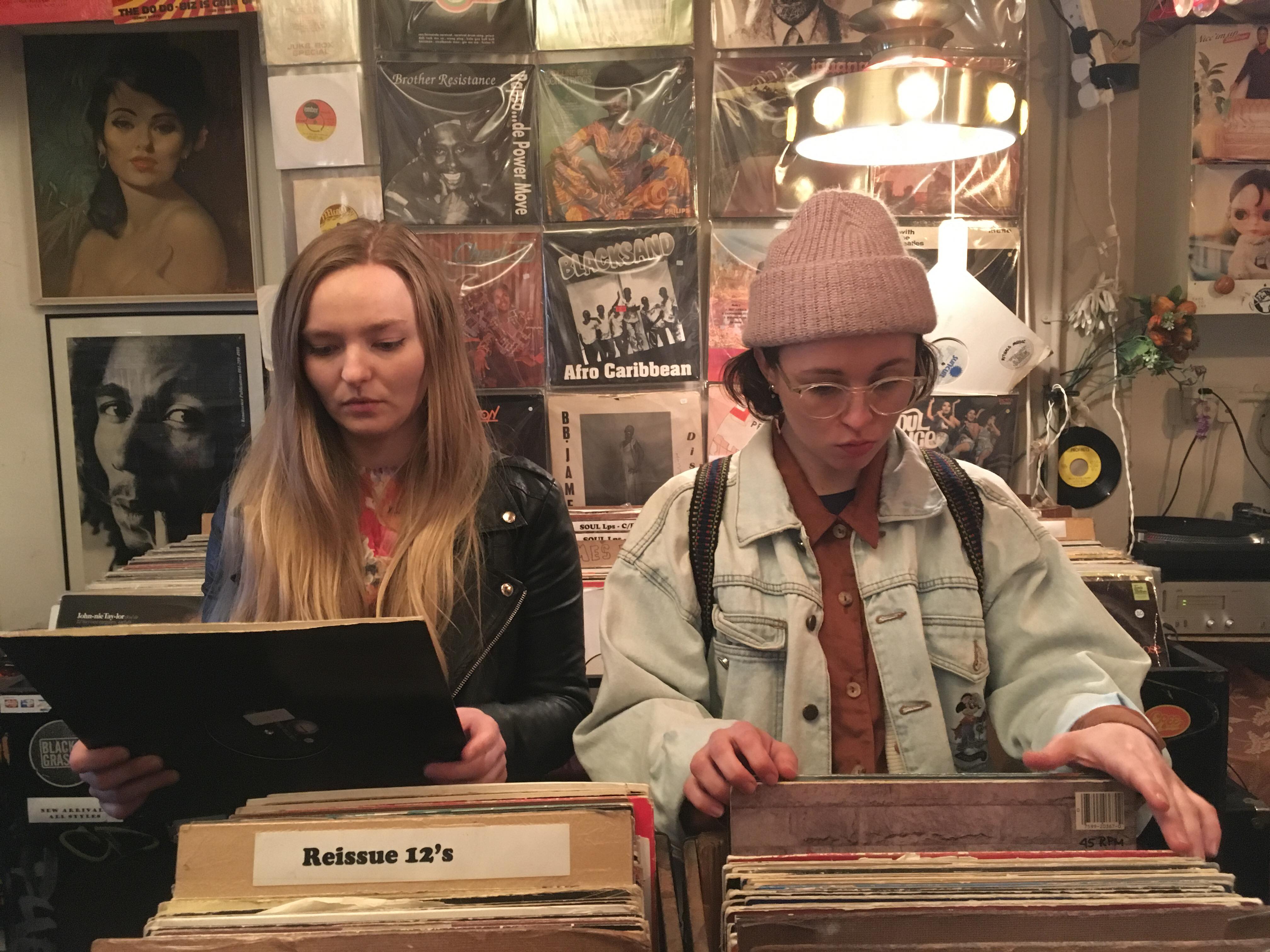 Carla's vision for this film was inspired by the way directors like Noah Baumbach or Richard Linklater tell their story through film. Linklater's focus on "walking" dialogue to build a connection between characters (e.g. in Before Trilogy ) has shown Carla that a story doesn't have to revolve around a lot of action but can simply examine human interaction. Sometimes you just have to stop and listen.

Carla also took inspiration from Frances Ha one of her favourite films in terms of naturalism, realism, and the transformation of the central character from the beginning of the film to the end.

In a way, Present Tense is inspired by events in Carla's own life but as she was writing it, the story  quickly developed it's own orbit. None of the events actually happened and yet it is based on truth.

"Everyone talks, but no one really listens..." - Carla's initial idea was to make a film that is like an upbeat song that you sing, dance to and enjoy. One day someone makes a cover of that song and you stop and pay attention to the lyrics. You listen and understand the song has an entirely different meaning.

Ruby Stokes plays the introverted character of Danielle and Sally Paffett is Iris. The chemistry between the two girls is incredible and was one of the main reasons we cast them together. 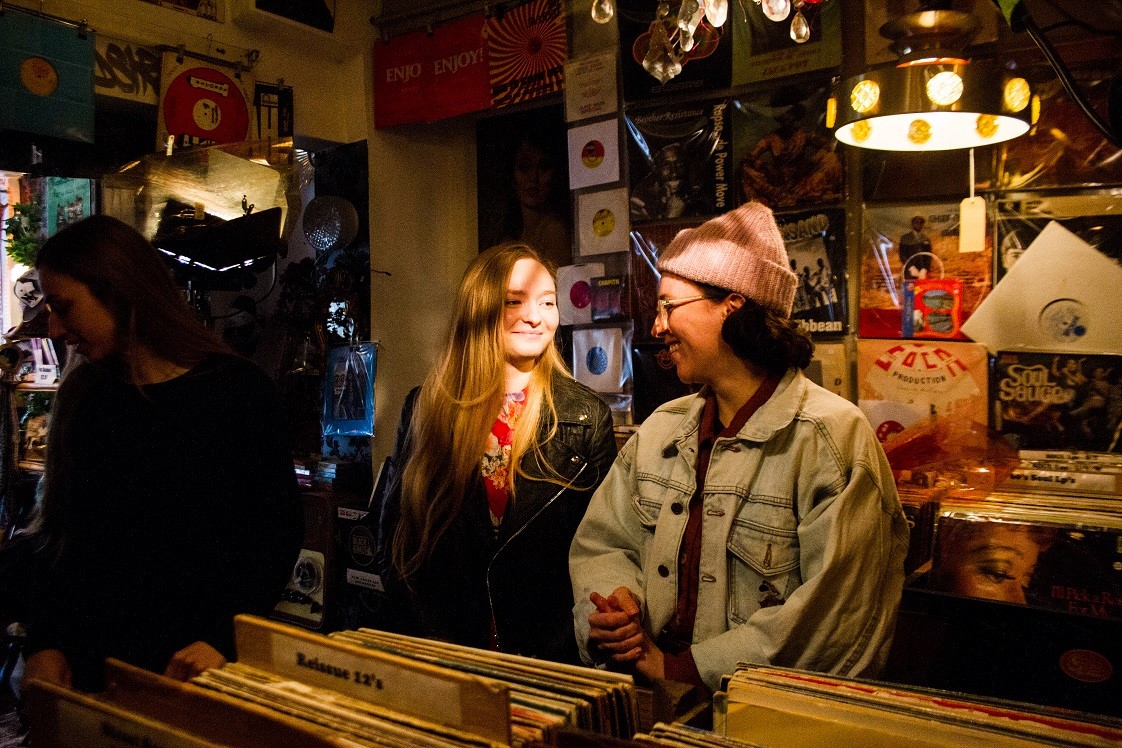 Ruby plays the part of Danielle extremely well. Her interpretation of the character was not exactly as Carla imagined during the early stages of the script, but she was so good in the part that she changed Carla's view of how Danielle should be depicted on screen. Strong, funny and still very shy, Ruby' interpretation of Danielle is perfect. This character has signs of depression but also wants to look forward and be happy – something she can’t do by herself.

Sally is just naturally funny. She really takes Iris to a level that exceeded Carla's expectations. Iris is an optimistic character who doesn't really see any bad around her. Right now, she just wants to be friends with Danielle and help her find her notebook. 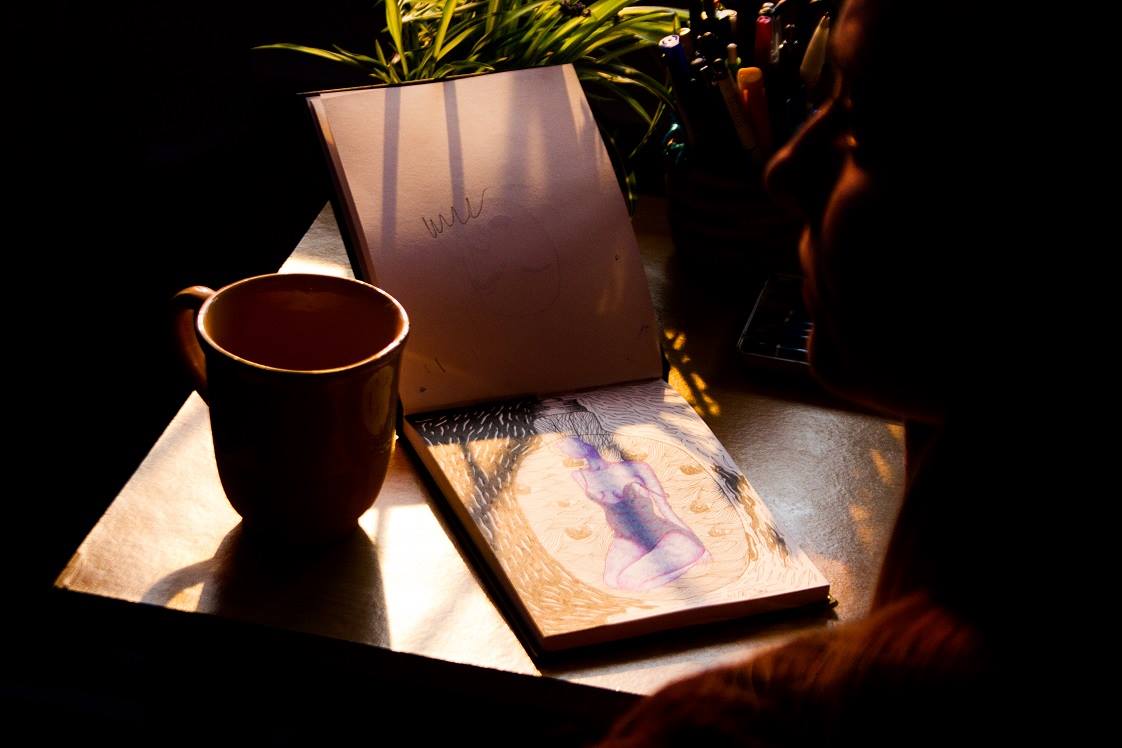 Here is a financial breakdown of what we need to make this film:

(Location costs and filming permits for the coffee shop, record store and canal – our key locations).

We have found the perfect record shop in Dalston, coffee shop near Victoria Park, and house for Danielle in Mile End, London. The canals of Victoria Park really help to create the atmosphere of the decade - far away from today's style of car and visible mobile phones on the streets, etc.

We would like to pay our two main actors £100 each. We also want to play our male actor (the thief!) £50 for his contribution to our film.

We have allocated £150 for the transport of equipment from our university campus in Hendon to our various locations. It includes the cost of the car, petrol and also parking tickets while filming.

While we are lucky enough to have had a lot of props and clothes contributed by one of our Director’s friends, this bit of our budget will enable us to stay faithful to the style of the 1990s. This includes the purchase of wallpaper, charity shop clothes, etc.

This will help create a good atmosphere on set and ensure our cast and crew are well looked after with hot food and drinks! As being on set can become quite stressful, we want to make everyone feel welcome and keen to deliver the best they can.

If we hit our minimum...

If we hit our minimum target, we'll be able to fund our locations and pay our cast - both of which are crucial (along with a great camera)!

If we exceed or target...

In terms of completely exceeding the target, we'd like to have some money in case we need to re-shoot at the same locations and get our actors back!

Also, being able to submit our film to festivals would be quite amazing. Our crew includes male crew members but as the two main cast members and producer/director duo are all women, who knows - maybe we could submit it to the emerging feminist film festivals! For now, all we can do is launch our campaign and hope you guys like our idea enough to donate so we hit our target! 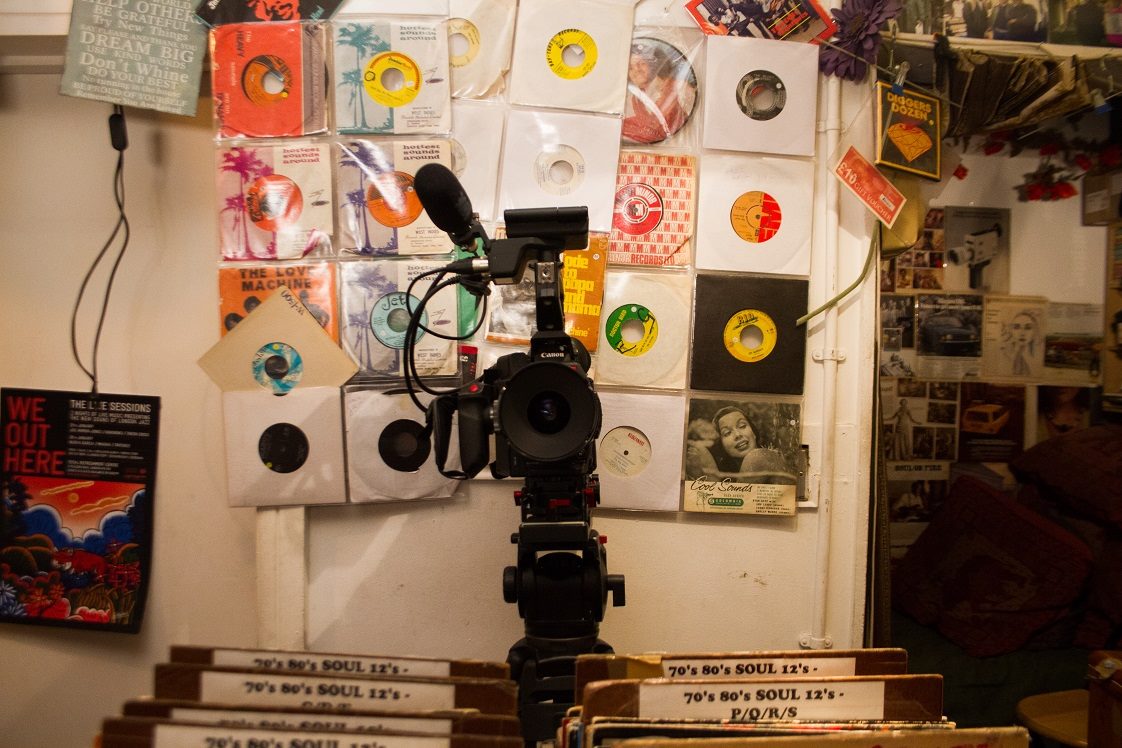 If you find that you're unable to donate personally, please help us our by sharing our crowdfunding campaign on your social media, through email, etc! Whether it's Twitter or Facebook it doesn't matter, it'd be nice to see our campaign being shared as widely as possible.

By helping us promote this project, you would be helping us to make our film become a reality - something we've been striving for since the early days of pre-production. Your support really matters.

Both of us (Carla and Ola) would like to thank everyone able to help us, no matter how you do it, either spreading the word or donating. We know these are difficult times for everyone, which is why we decided that with the help of our friends we could make something great but on a small budget.

Cinema is an art that can speak towards a bigger audience - something Carla hopes to achieve by bringing her story to screen. It might not be for everyone but somewhere, someone might enjoy the message of this indie story.

I hope you guys will enjoy it!! 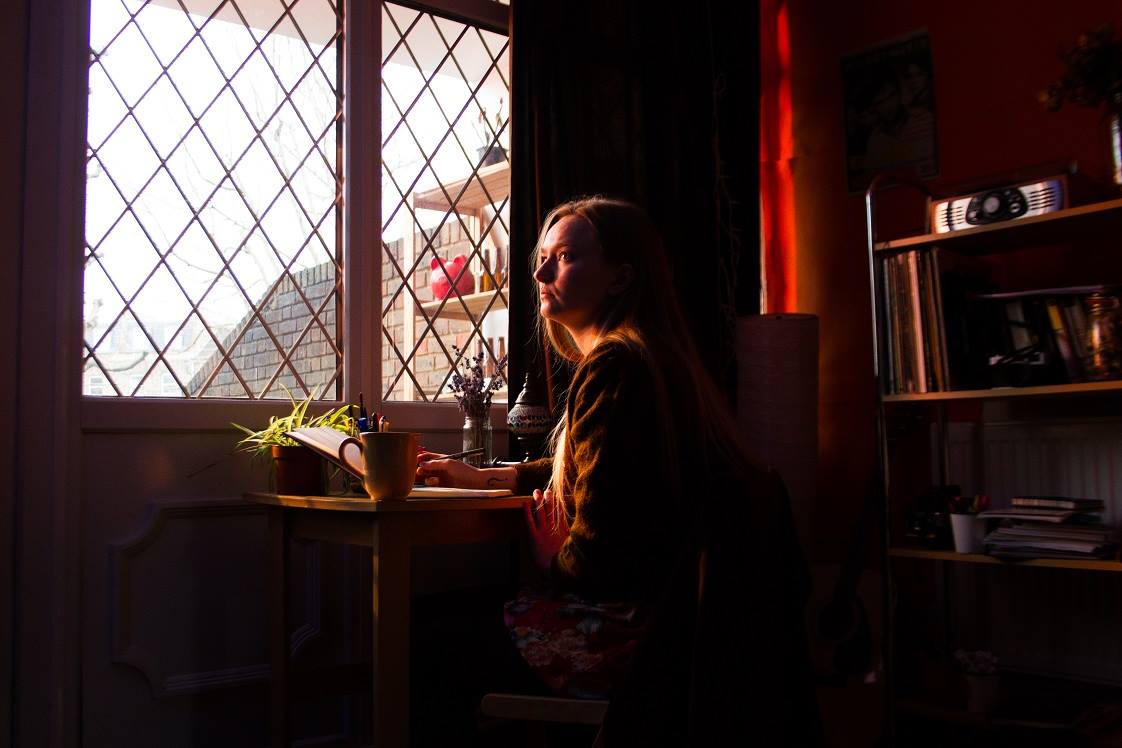 Present Tense
Your message has been sent.