A project by: Wessam Sherif

Stolen Thunder is a mélange of psychological drama and black comedy which seeks to tackle mental health and suicide using a new angle.

The film will not tackle its central themes in a sombre or glum fashion. On the contrary, it will include humour, lacing the dark themes that permeate it with comic undertones.

Our aim is to deal with what many consider to be controversial topics in a natural and light-hearted manner, instead of tiptoeing around them.

The film tells the story of a day in the lives of Aidan, a 17-year-old going through emotional turmoil and Maurice, a 67-year-old with only bitterness and gloom in his heart.

This is no ordinary day though. It is the day when Aidan and Maurice's planned deaths intersect when they meet on a rooftop with the shared intention of jumping off.

This dark encounter results in an unexpected unfolding of events, causing both Aidan and Maurice to shift their attention away from their suicides and focus on each other’s lives. From dawn ‘til dusk, Aidan and Maurice bond over their shared desire to abandon life, discussing the circumstances leading up to their decisions to jump off that same rooftop.

Despite meeting under ghastly circumstances, the shared connection of their intended suicides helps them, unknowingly, to start saving each other. 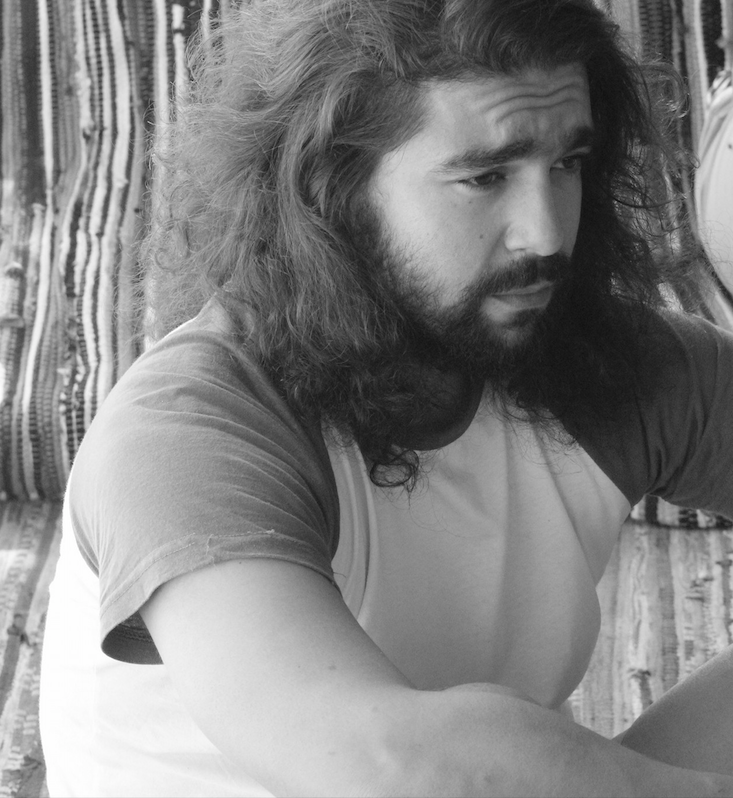 Wessam is an aspiring Egyptian filmmaker who has spent the majority of his career as a scriptwriter; he has contributed to the writing of comedy and political satire shows, films, and advertisements. In 2017, Wessam moved to London to do his MA in filmmaking at Middlesex University, with the intention of making the transition from scriptwriting to directing.

Throughout his academic course at Middlesex University, Wessam has directed and produced a number of short films (Safe for Faith - Metropolitan Police, Checkmate, No Home For Hate), yet he considers Stolen Thunder to be his biggest and most important project. 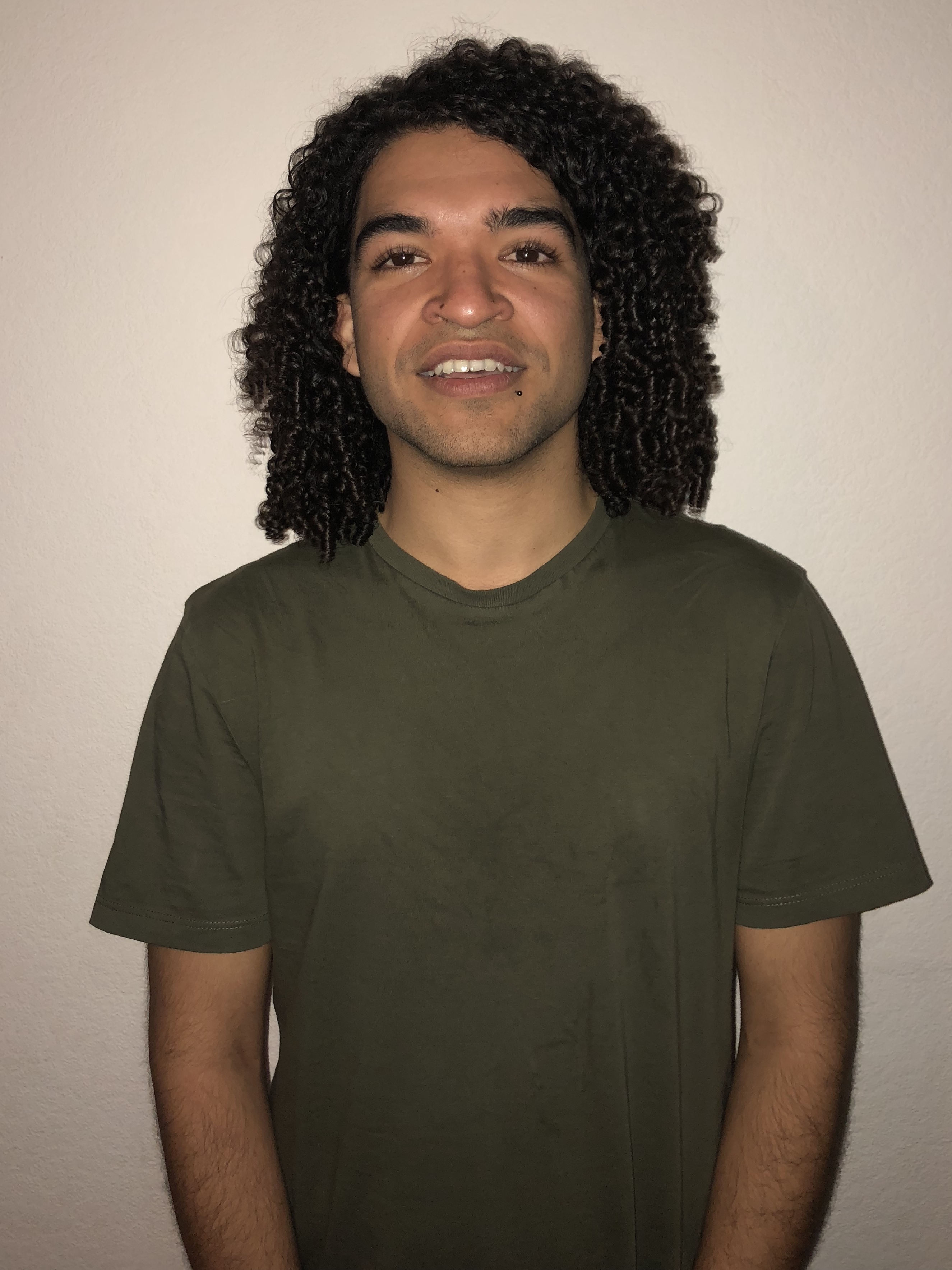 Miguel is also an aspiring filmmaker with a passion for writing/directing provocative dramas. Though these are his main interests, he has worked as a producer on music industry videos and short films.

Most recently, he produced a TV studio situational comedy pilot episode for At the Bar, an original sitcom about a law firm lead by Teddy and Ruth, who were previously married - created by TV and Film lecturer Deborah Klika and directed by Sitcom director Nick Wood. 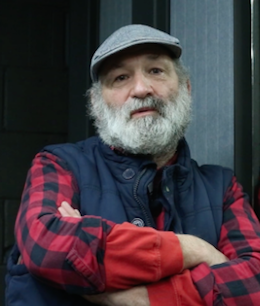 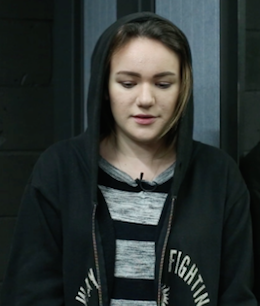 Ray Richardson as "Maurice" and Hannah Sonntag as "Aidan".

OUR MOTIVE AND VISION

Mental health and suicide are still strongly stigmatised in the mainstream media. Those who suffer from mental health issues are portrayed in a stereotypical and clichéd manner, which fails to deliver true insight into their struggles. In a world where the majority of films depict depression as a form of "craziness", we want to create a film that not only destigmatises mental health issues, but also provides proper insight into the psyche of depressed individuals. We want our characters to be genuine and relatable, and to weave insightful interactions between them.

Stolen Thunder will be bittersweet and seek to:

how your donations will help

We wish we could self-fund the project but filmmaking is never cheap - especially in London! 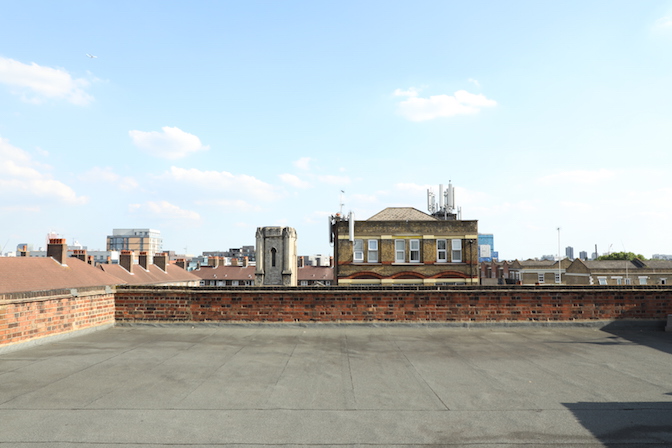 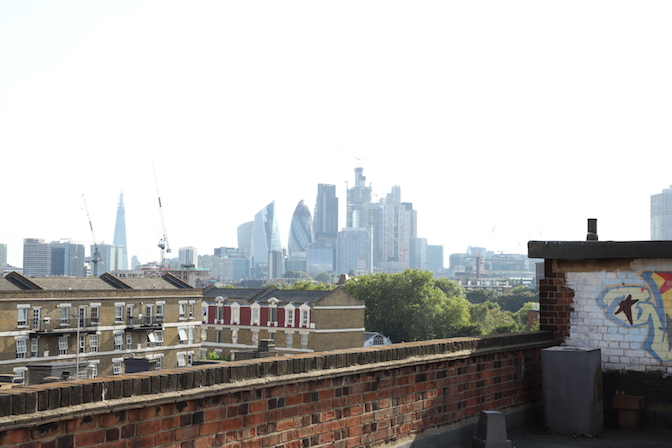 The largest chunk of our budget will go on the location for Stolen Thunder. The film will be shot entirely on a rooftop and suitable rooftop locations aren’t easy to come by - they are super expensive!

Most rooftops in London are either inaccessible or lack health and safety clearance. As there are so few available, professional location scouts and agents charge an average starting price of £1200 PER DAY – a price most student productions simply cannot afford!

Our plan is to negotiate a decent price with a private property owner. While the cost will not be nearly as high as the price above, the location for the whole shoot will still cost a fair amount of money. Funding our location is our biggest challenge (this and the weather!) so we have allocated half of our forecast budget to cover this. The rest of our budget will be split between other crucial areas: 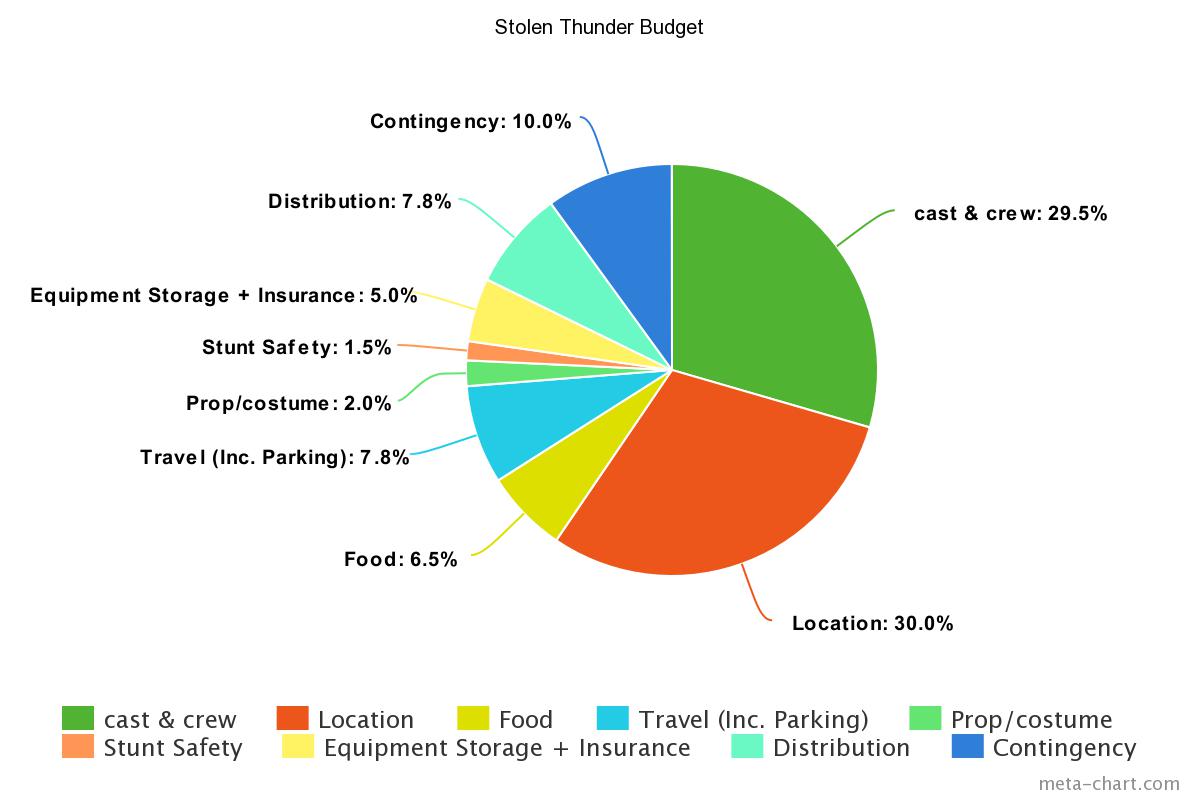 Your donations will literally help bring this film to life so it would make us extremely happy to send out rewards to our supporters!

Check out the righthand side of this page for more information about the rewards we are offering.

Since you are helping us out with your money, we will also keep you up to date with how the film is doing! We will be posting regular updates on our Facebook page.

If you are passionate about this project but cannot afford to donate, we would still be grateful if you could share our crowdfunding campaign link or Facebook page! By spreading the word to as many people as possible, you will still be playing an important part in helping us get the word out about Stolen Thunder. 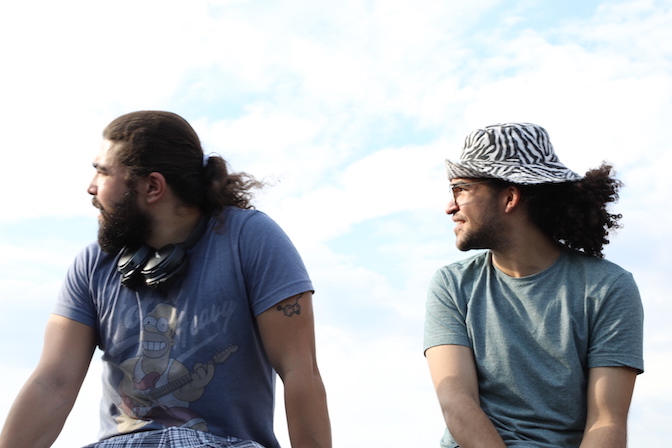 "Stolen Thunder"
Your message has been sent.

Thank you, your report has been sent.
"Stolen Thunder"