A project by: Lanna Winter Charlotte, a student at Middlesex University, disappears during the night while sleeping with her girlfriend Ha-na. When she wakes up, Ha-na finds herself alone with the door locked from the inside and Charlotte’s phone burnt. The only evidence that remains is an inhuman handprint on the window.

Ha-na and her friends will try to discover the truth, but time moves fast, and every day someone disappears. Who - or what - is kidnapping students? Will they find the truth in time?

As a horror film director, I find the human psyche very interesting, full of mysteries, fears, and enigmas. With this film I want to portray our most common fear: the unknown.

After the COVID-19 pandemic, we have come to realise yet again how fragile we are in the face of the unknown; this could be a virus or bacteria, collective paranoia, or even something from out of this world.

The Handprint and its marketing campaign are based on an enigma. During the film, the viewer will try to guess what or who is committing these acts, but the truth will only be revealed towards the last scene. The same will happen with the marketing strategy, but, unlike in the film, the ultimate truth won't be revealed. For that, you must watch the film!

The film incorporates the most famous and recognisable horror tropes of the genre, referencing them while creating something new: a "game-film". As mentioned before, the viewer will try, unconsciously, to guess who or what the villain is, the identity of which will be revealed by the end, but whose nature will not. Different scenes will suggest different kinds of villains such as serial killers, demons, ghosts, cults and even aliens, but it will ultimately be up to the viewer to find the truth.

My main inspirations to achieve this concept are slashers from the '90s, such as Scream and A Nightmare on Elm Street, and paranormal films like The Ring, Arrival, and Annabelle.

She is the first student to disappear. Originally from Germany and with a strong personality. She met Ha-na three months before the story starts; has been paranoid with Ha-na since she cheated on her.

Ha-na moved from Korea two years ago to study photography. She is like a sour candy but inside-out. She looks daring and dark, but deep inside she is like a little child. She cheated on Charlotte while drunk two weeks before. Now she faces up to, and investigates, Charlotte’s disappearance.

Charlotte and Ha-na’s very best friend, Bianca is mature for her age. She lost her father when she arrived in London, and being far from Italy, acts like a mother to everyone. She is utterly shocked by Charlotte’s disappearance

Bianca’s Spanish flatmate. He studies psychology and he's new to Middlesex, starting in the January term. He is eager to fit in, though he doesn't like drama and uncomfortable silences. He will help to discover the truth. 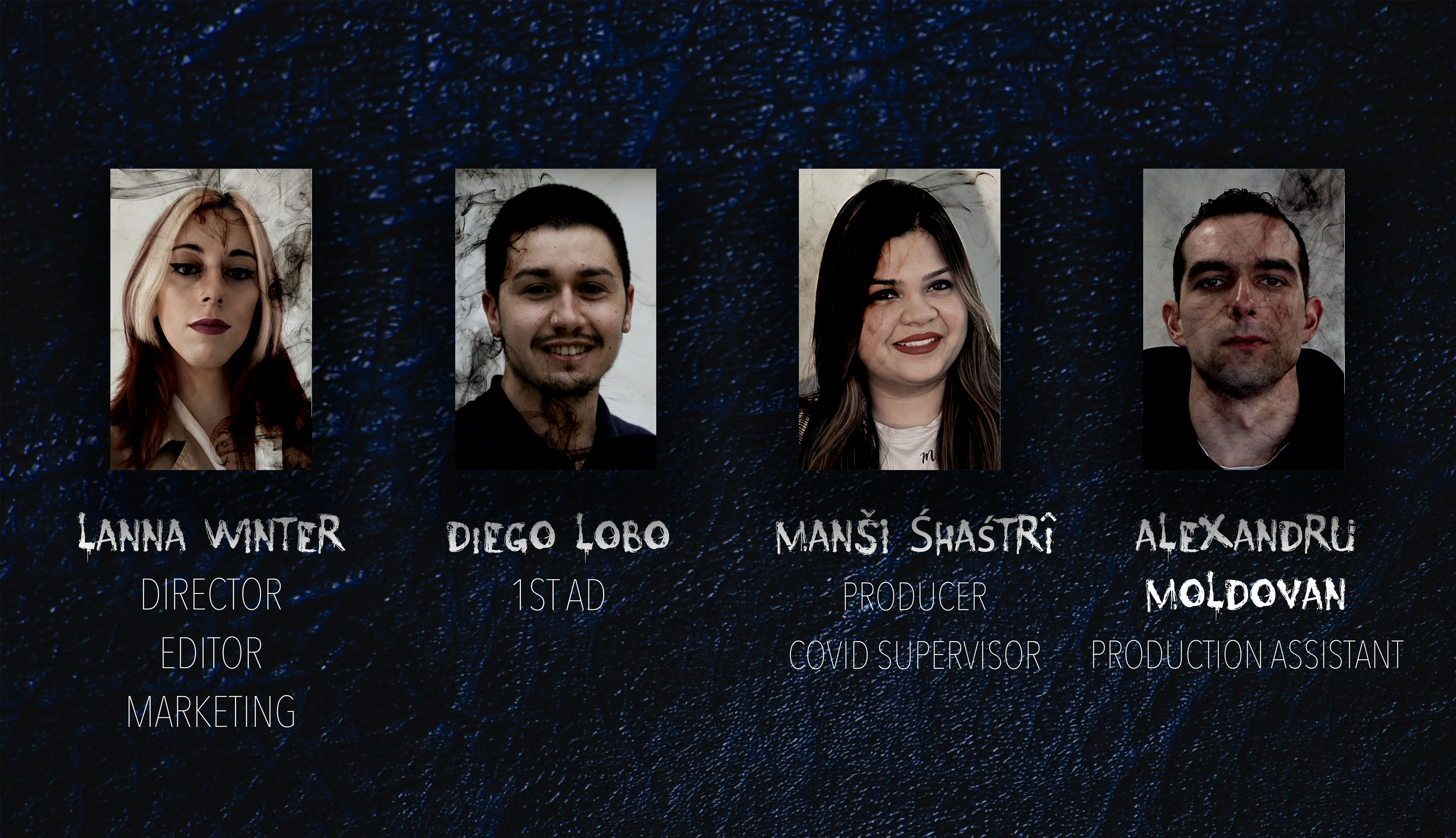 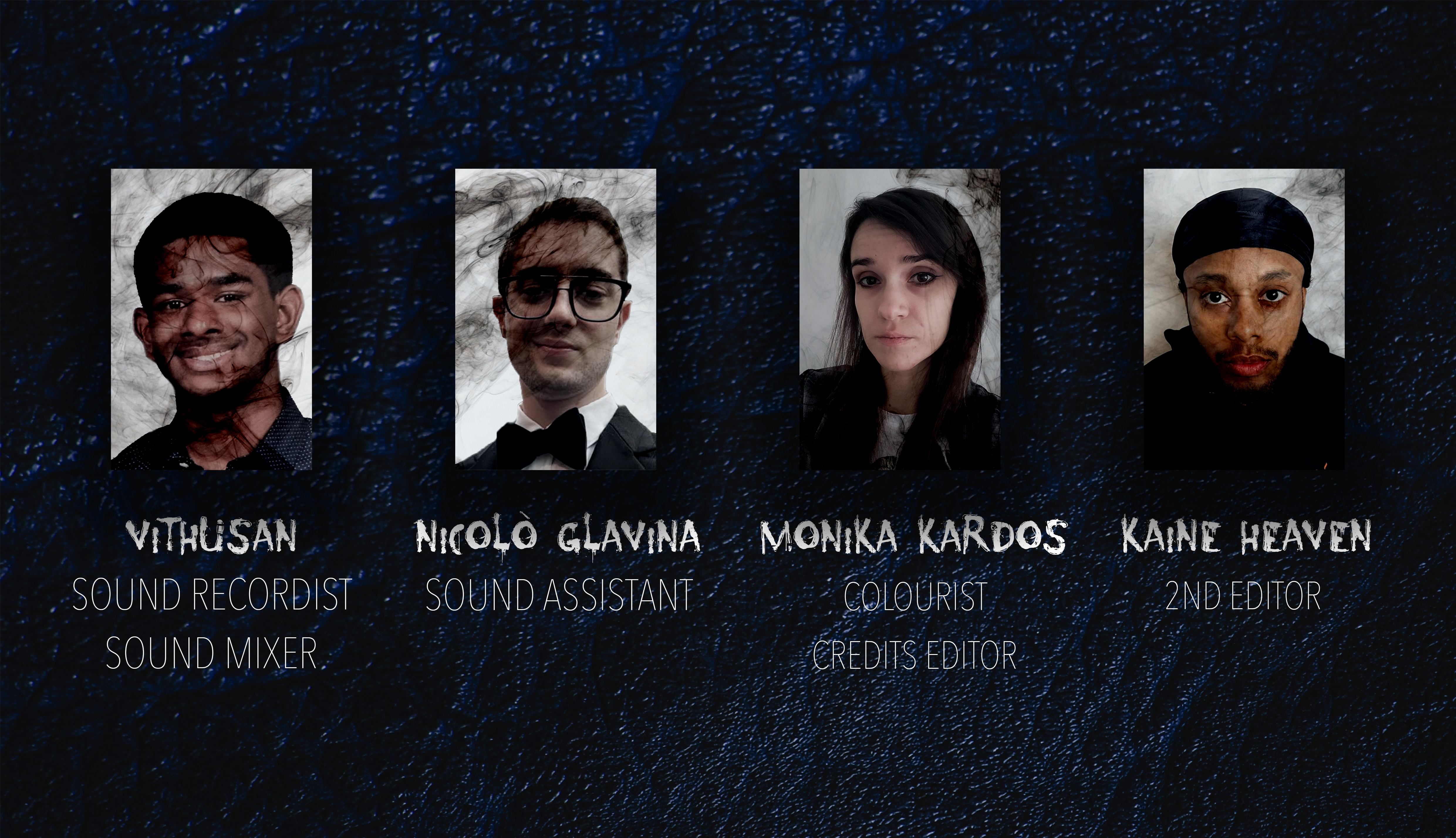 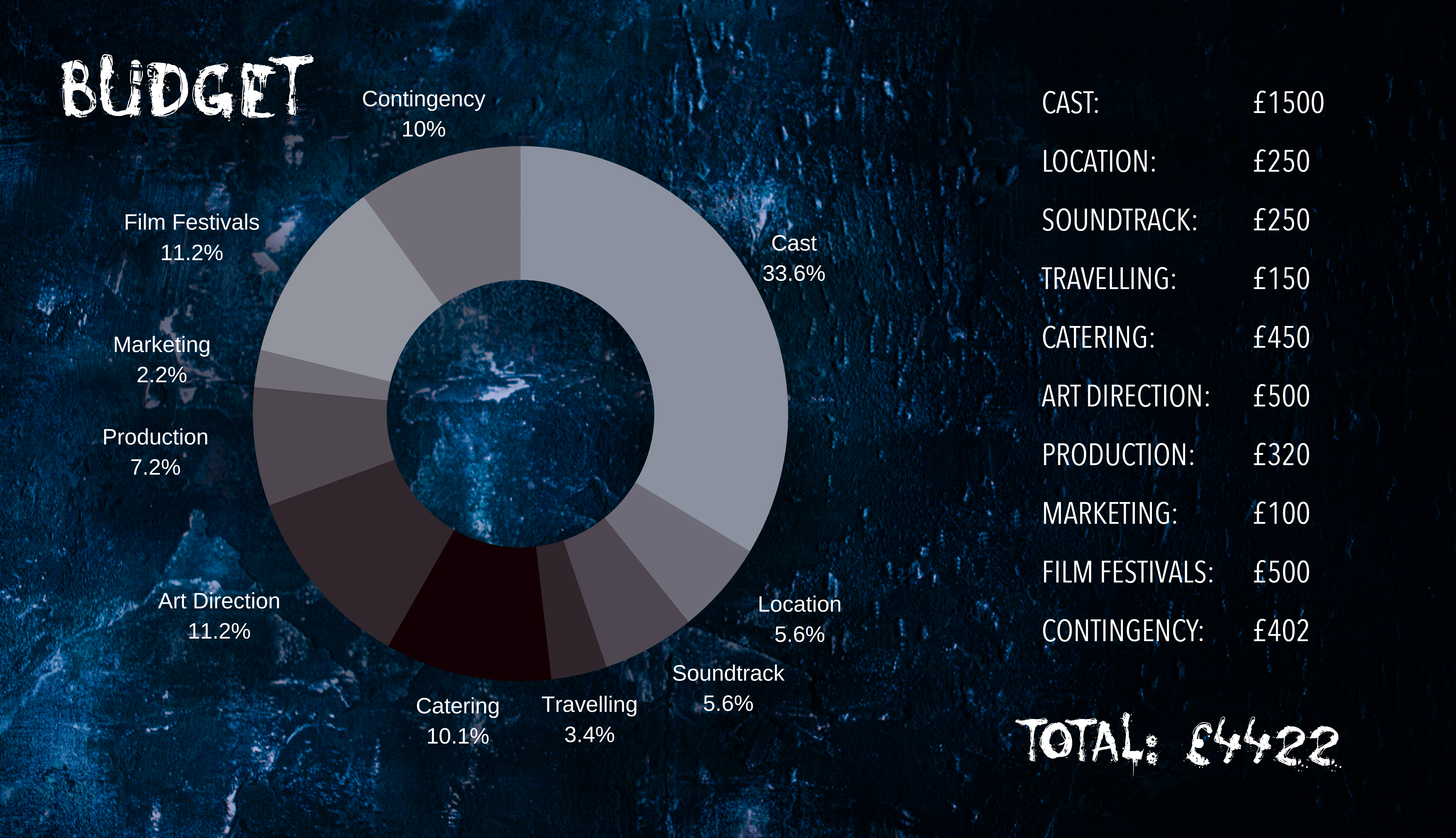 Location: £250 - Our main location will be Middlesex University campus. We will have 1 or 2 shooting days on a room at the student accommodations.

Soundtrack: £250 - The original soundtrack will be composed by Richie Johnsen. This amount can change in a future and get increased with the money not used by Art Direction department.

Travelling: £150 - Travel will be included for cast and equipment. Crew will be encouraged to use public transport.

Catering: £450 - Our shooting times are expected to start at 9am and finish around 5pm, therefore, breakfast and lunch will be provided on set.

Art Direction: £500 - This amount will be invested in props, set design, VFX, costumes, make-up and hair. We are planning to collaborate with independent brands and small businesses, if this happens, the money will go to the soundtrack. Our main objective with the props and set design is to give hints in the way of sub liminal messages about our references, inspirations and the truth about our villain. The colour blue will also play an important role in the film, therefore, the props will need to be customised or ordered in the specific colour.

Film Festivals: £500 - The Handprint will be submitted to specific film festivals where we can either get IMDB certification, official recognition or networking events with production companies. Our film festival strategy will take our film to USA, Spain, Italy, India and possibly France, therefore, the audio will be dubbed into those languages and subtitles will be generated as well. In the unlikely case that our film is cancelled, every donation will be entitled to a refund. If a reward has been provided before this happens, the refund will be proportional to the costs. 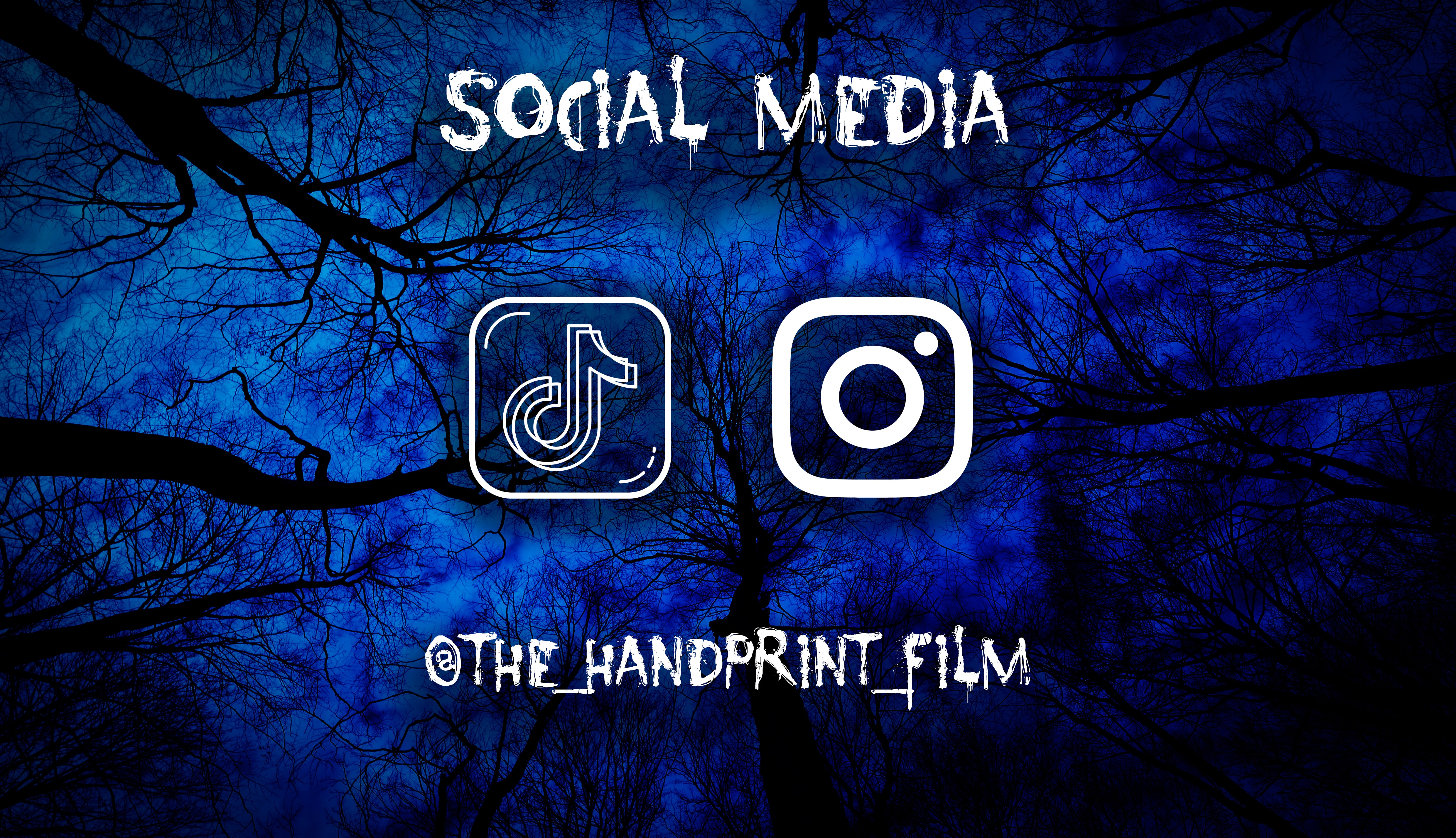 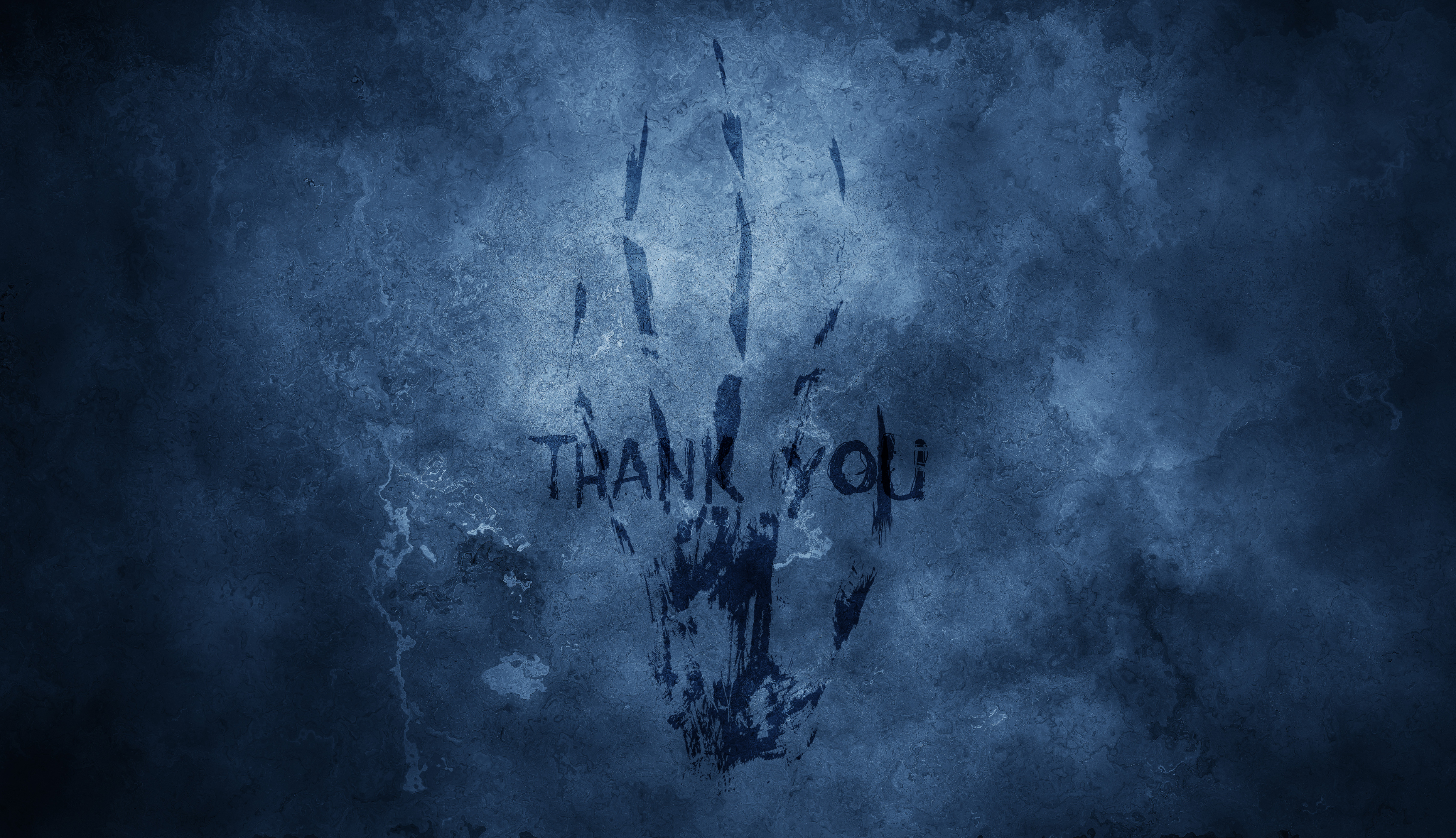 The Handprint
Your message has been sent.

Thank you, your report has been sent.
The Handprint